Every now and then I get in this mood to go to H Mart. Have you ever been? If not, it’s a ton of fun! I always feel like I’ve stepped into another country (admittedly, I’ve not traveled much internationally, except if you could count Canada and the two times I went to Tijuana and one of the Tijuana trips was a bit of an accident, but that’s another story for another day). Moving along…

Specifically, I came for the canned young green jackfruit. I am doubtful you’d find this item at your corner grocery store. Have you ever seen it? 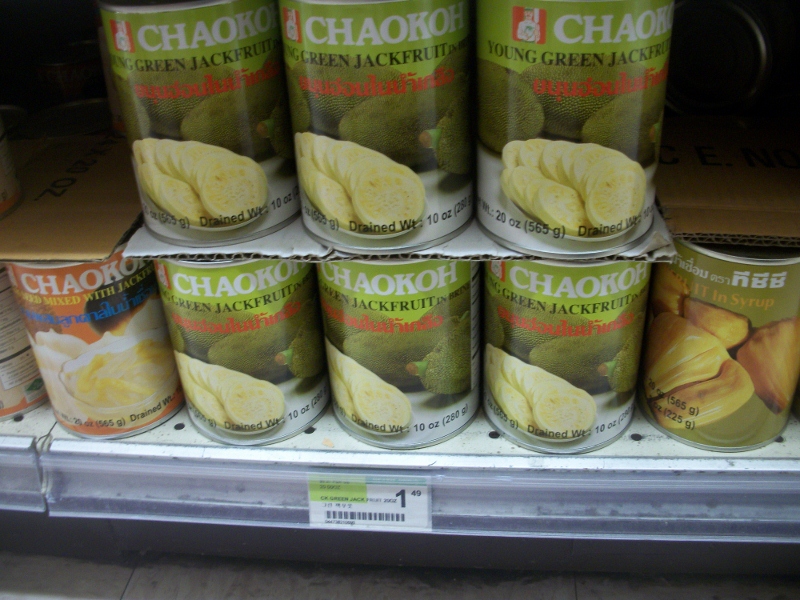 Yes, I actually am making a recipe this week that calls for this ingredient. If your curiosity has been piqued, rest assured I’ll write up a post! Seriously H Mart has all kinds of things canned you wouldn’t find at any other grocery store (unless it’s an Asian market, perhaps). Stuff like breadfruit, mangosteen, bananas in syrup… 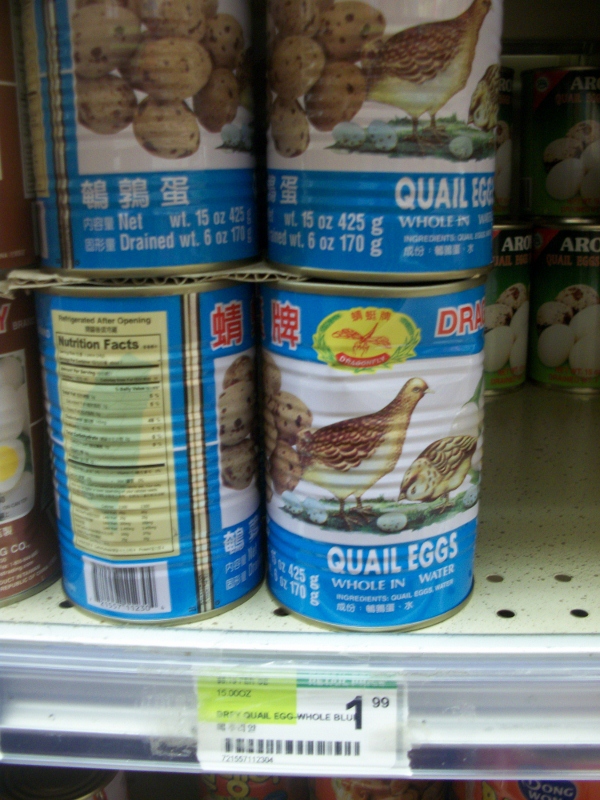 Were it not for H Mart I wouldn’t have discovered produce treats such as durian, rambutan, and bitter melon, to name a few. If you are in a meal rut? Try shopping at H Mart this week. I bet you’ll be inspired by some new and fun ingredients.

Oh and at this point my daughter realized I had the camera, so she wanted me to take this picture of her new shoes to share with you. (Thanks, Famous Footwear!) 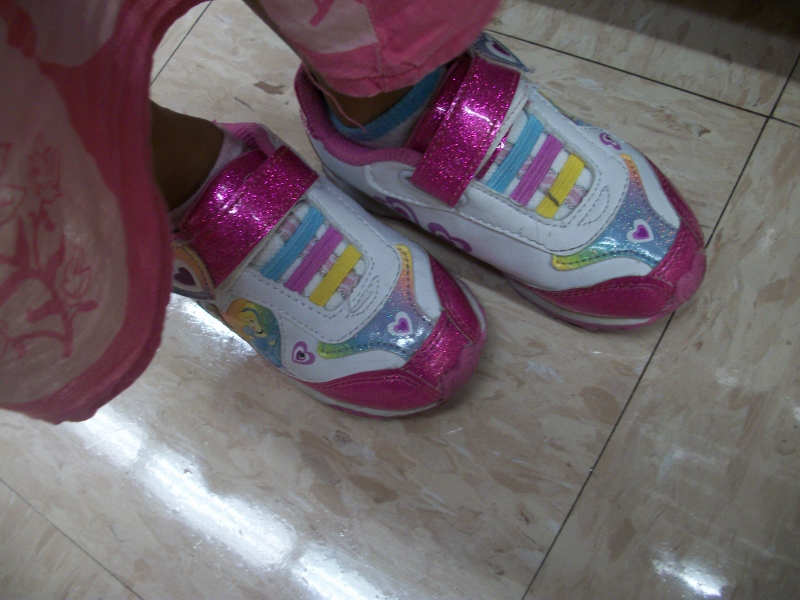 So I did spot a couple deals for you! Canned coconut milk is $0.98 this week! I looked for a lite variety, which I prefer, but came up short. However, I would certainly consider $0.98 a stock-up price for canned coconut milk.

I also found this: 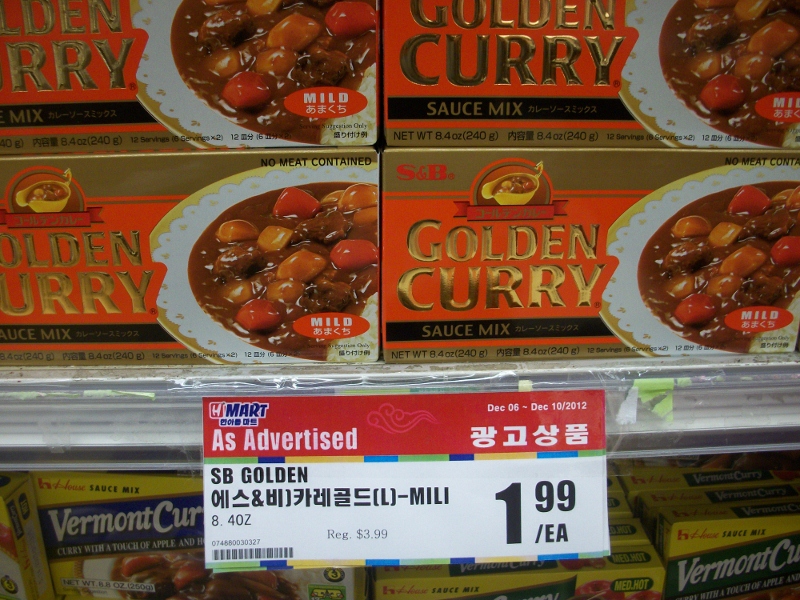 My college roommate introduced me to this Golden Curry mix back in the day, and let me tell you…it is really, really good! Just cook up any meat and veggies you wish and then melt it on top. Serve with rice and that’s it! They usually carry the small boxes at the grocery store for about $3-5ish, so this big box (which is typically not carried elsewhere) is a real steal at $1.99. 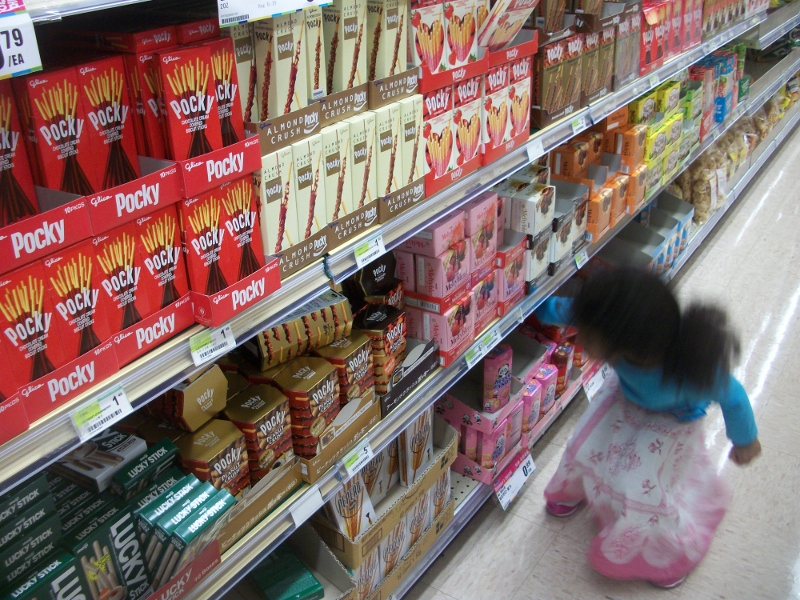 Piper went for the strawberry Panda cookies. She got a second box for brother.

Another aisle that’s kind of fun is the juice aisle. They have every fruit imaginable in juice form: 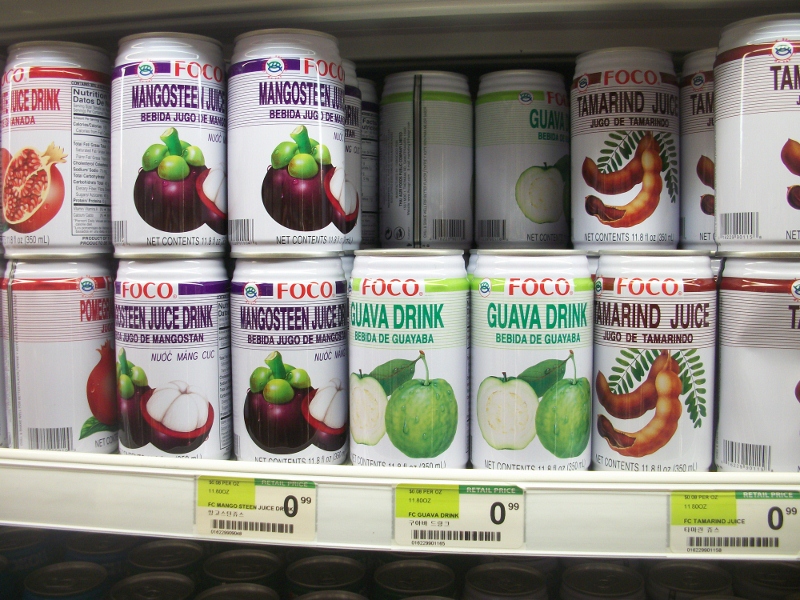 This one caught my eye today: 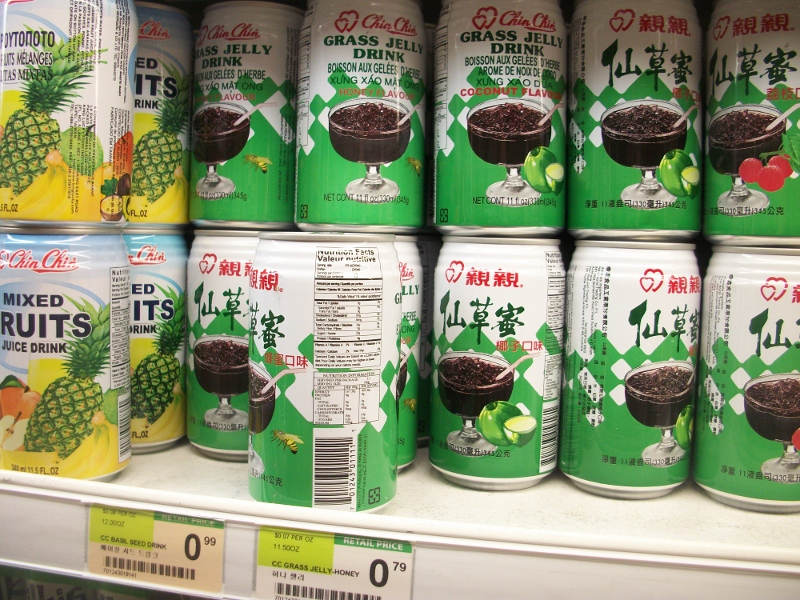 Here’s my H Mart haul for about $5 total: 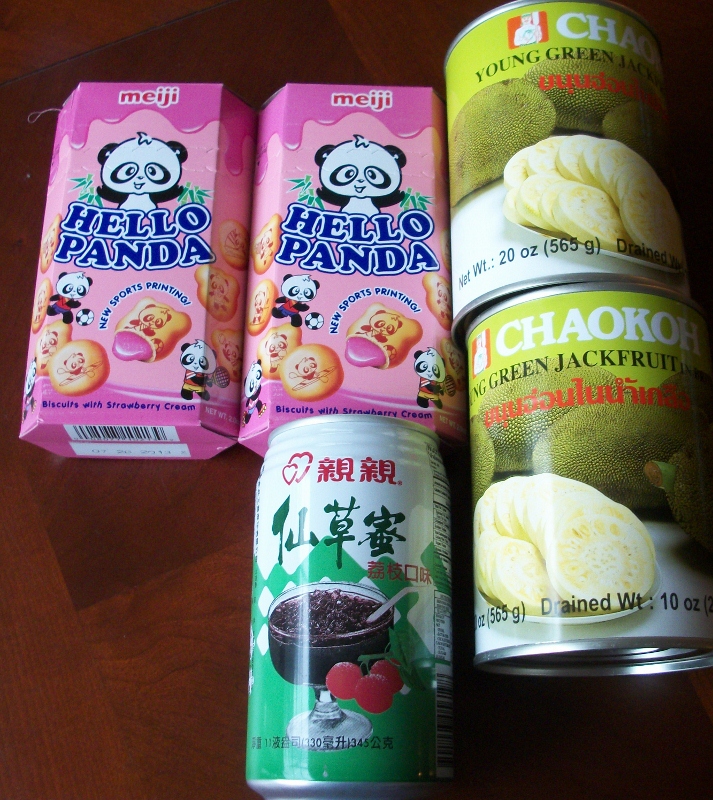 Since I know you’re likely wondering more about the grass jelly, I thought I’d share my experience with you. 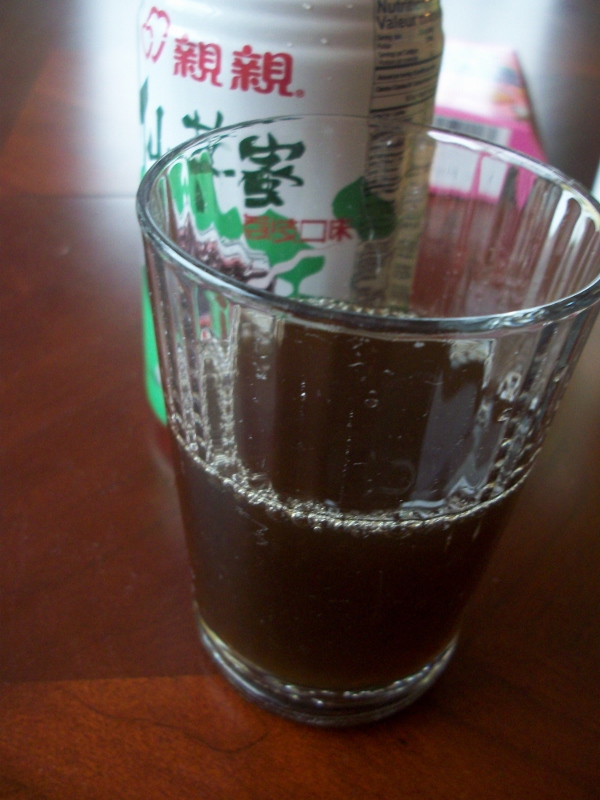 So I’m going to do my best to describe this, but it’s going to be a little interesting, because I can’t really compare the taste to anything else. First, it’s not carbonated, but it’s definitely sweet. It has kind of a mild pleasant taste that reminds you vaguely of sweet tea or cinnamon (again, really vaguely there).

The part I was not expecting, but should have guessed by the name grass JELLY is that there are little globs of jelly like substance in the drink. This picture isn’t so much the greatest, but if you look carefully you’ll see them. 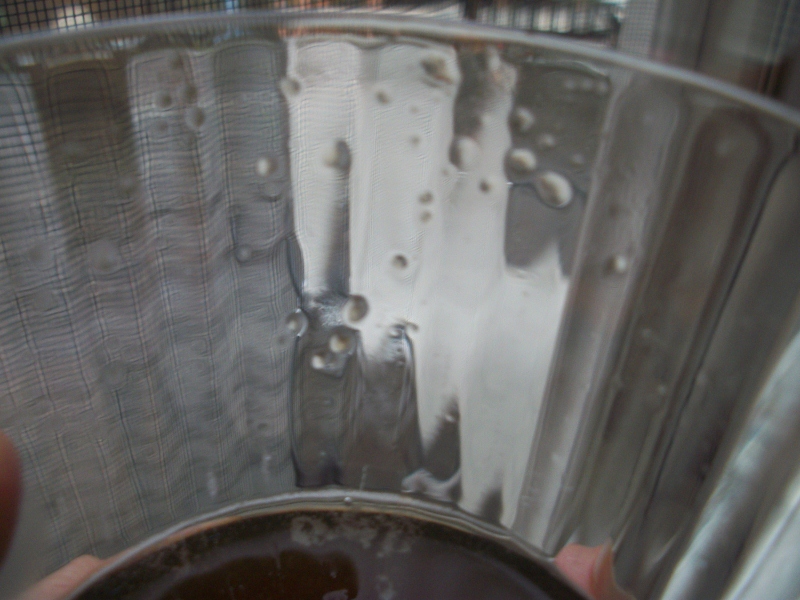 At first I was startled, but then I just started chewing it and it wasn’t half bad. Kind of like the bubbles in bubble tea, but smashed up. It was about this point, however, I had no idea what grass jelly was…and here I am chugging it down. I decided to do some after-the-fact Wikipedia-ing:

Grass jelly is made by boiling the aged and slightly oxidized stalks and leaves of Mesona chinensis[1][2] (member of the mint family) with potassium carbonate for several hours with a little starch and then cooling the liquid to a jelly-like consistency.[1][3] This jelly can be cut into cubes or other forms, and then mixed with syrup to produce a drink or dessert thought to have cooling (yin) properties, which makes it typically consumed during hot weather. The jelly itself has a slight bitter taste, a light iodine lavender flavor, and is a translucent black.

Was it good? Well, it was different. I don’t know that I’d particularly crave it or buy it again. I would also add it’s probably not such a hot idea to try it if you just stuffed yourself with a giant bean burrito from Taco Bell. ‘Nuff said. But I’m glad I can say I’ve BTDT when it comes to Grass Jelly beverages.

That being said, I think it’s fun to try new things! We often encourage our kids to try new foods, but somehow as adults we feel we’re somehow “past that.” I hope I’ve encouraged you to get curious about different cuisines and foods out there.

Have you been to H Mart recently…or ever? Or how about another Asian market? What do you like to pick up there?

And stay tuned for the green jackfruit recipe later this week!