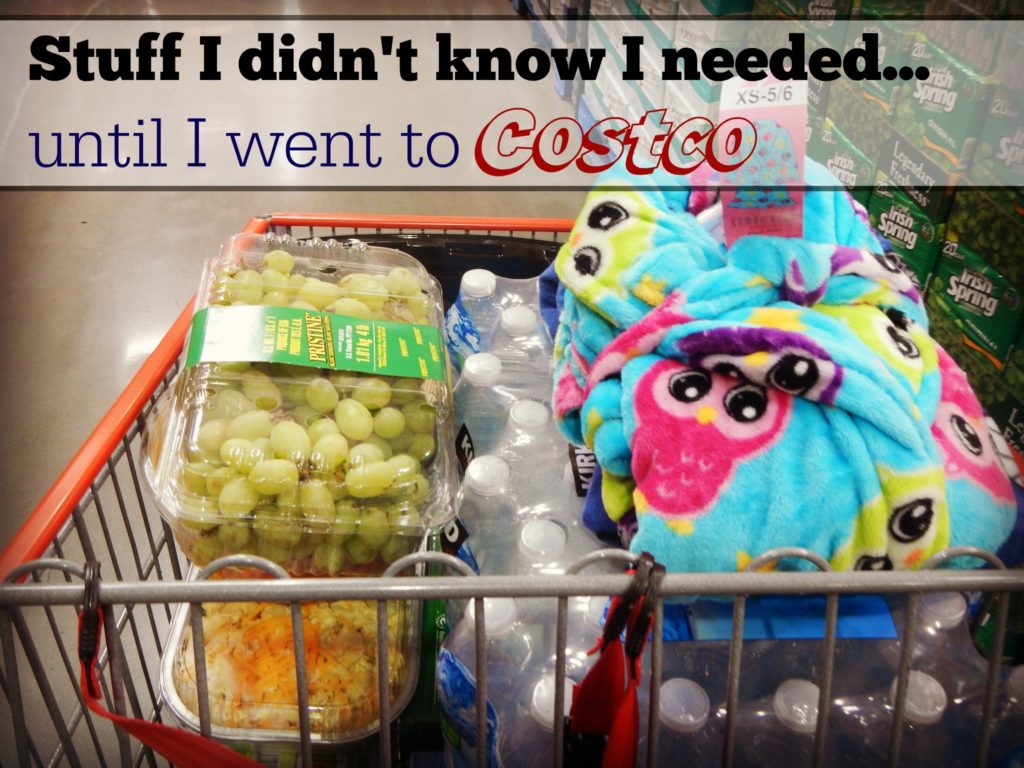 It’s time for another installment of one of my favorite blog series (and I hope yours, too): Stuff I didn’t know I needed… until I went to Costco! In this blog series, I simply visit the popular warehouse-style store once a month and just report on the fun stuff that catches my eye

In no particular order, here are some of the items that popped out at me: 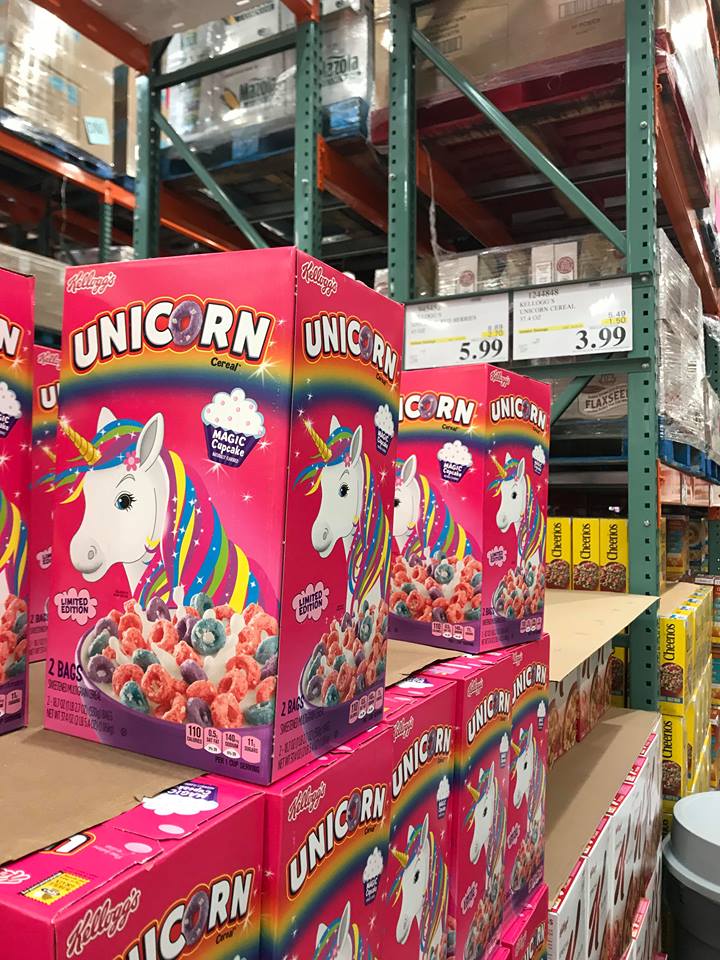 This limited-edition Kellogg’s Unicorn Cereal was just $3.99 after instant manufacturer’s rebate. Yes, I totally bought some. Yes, it’s good (but as you might have guessed… sugary!) 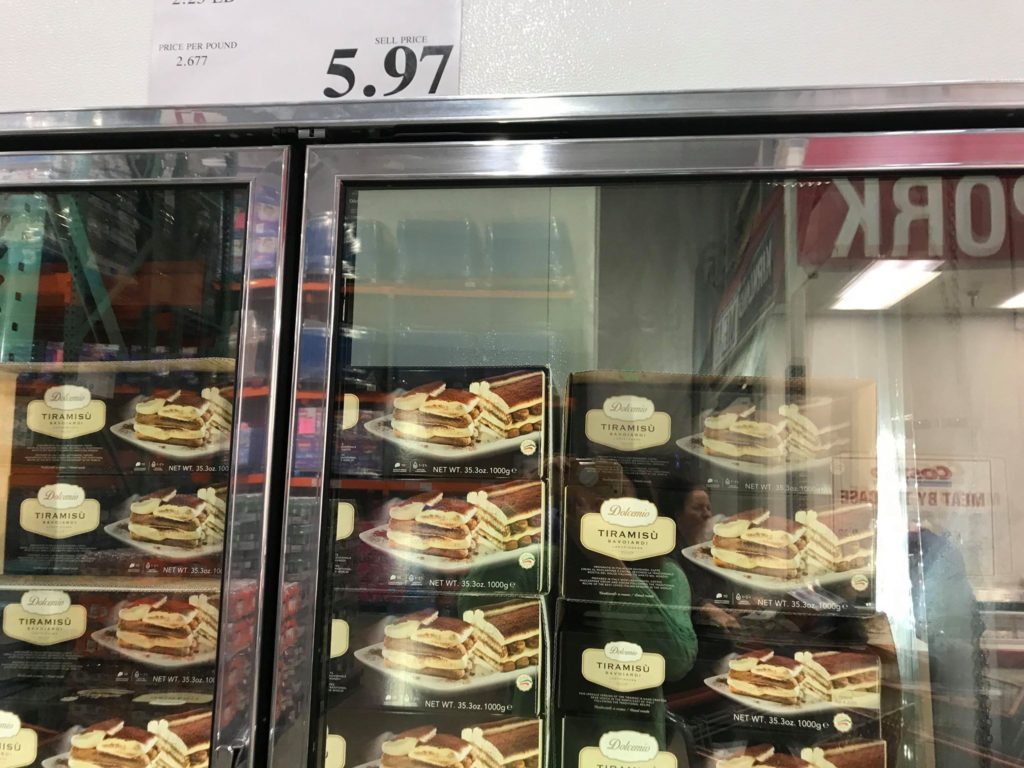 Huge frozen tiramisu for $5.97! My friend Susan bought this and said it was delicious! 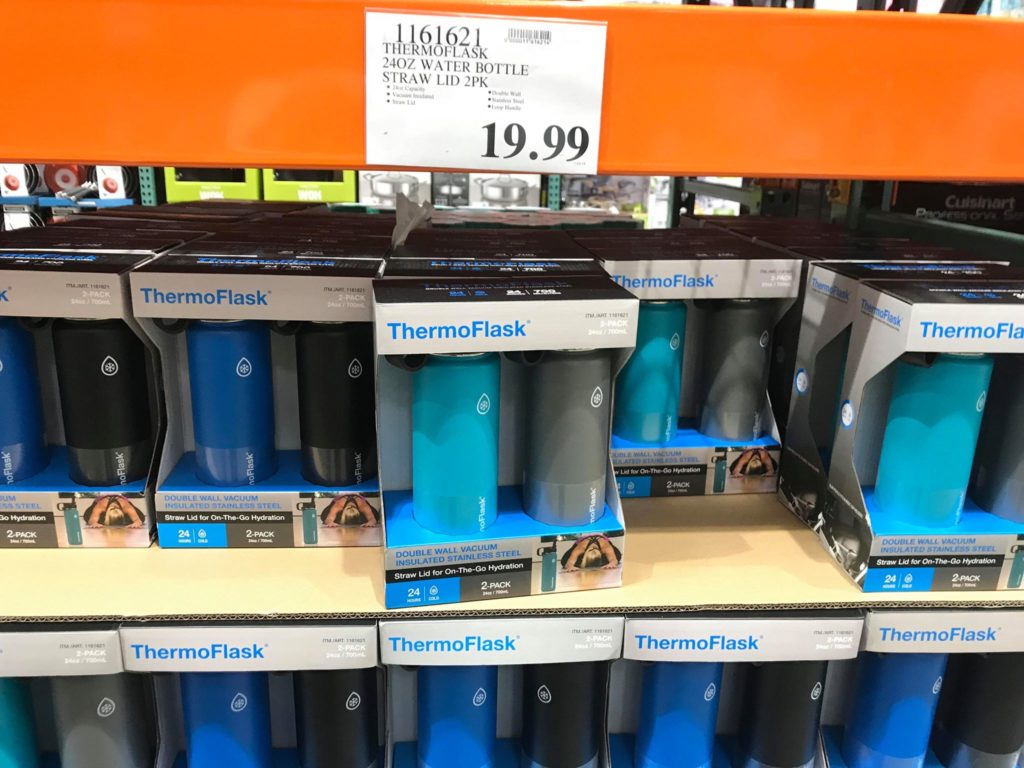 I think Costco is such a good place to buy thermoses! This 2-pack of ThermoFlash Water Bottles was $19.99. They have a straw lid and each hold 24 ounces. 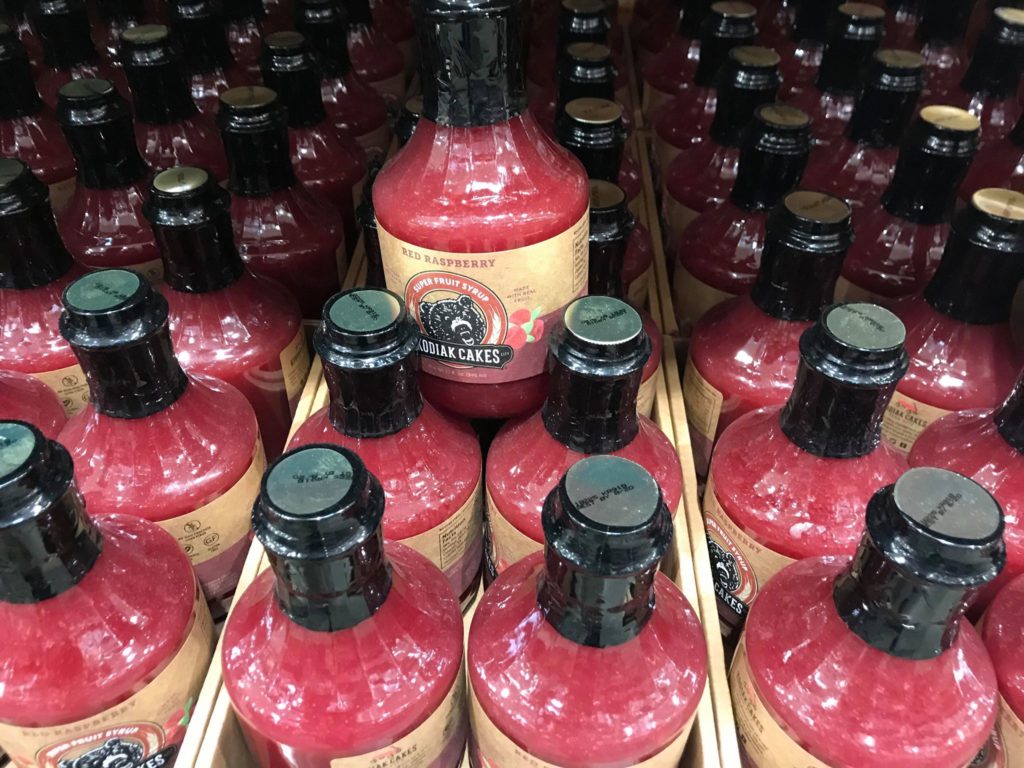 Kodiak Cakes Raspberry Syrup for $8.99. This looked so good! 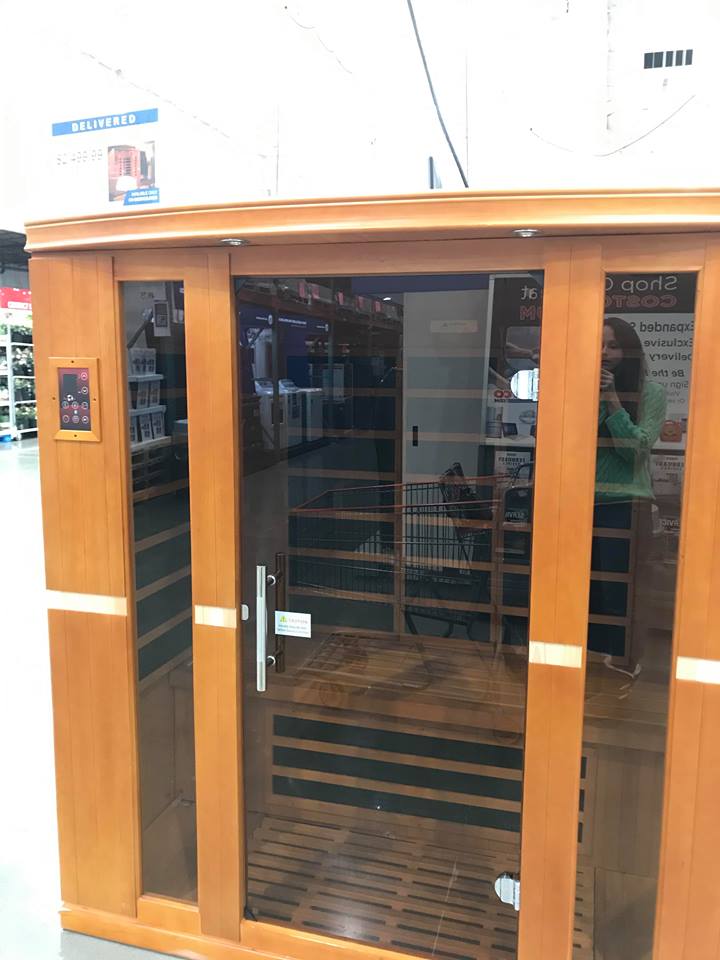 This is a prime example of an item that you definitely weren’t thinking about until you walked into Costco and saw it… then you start thinking, “gee, how cool would it be if we had our very own in-home sauna?” Then you start thinking, “could I move some funds around to make this happen?” and “I bet we could make a space in our garage for this.” Now maybe it’s not been a sauna, but I bet there’s been something completely over-the-top like this that you’ve stopped and pondered during a trip at Costco. (Incidentally, this was $2499 delivered.) 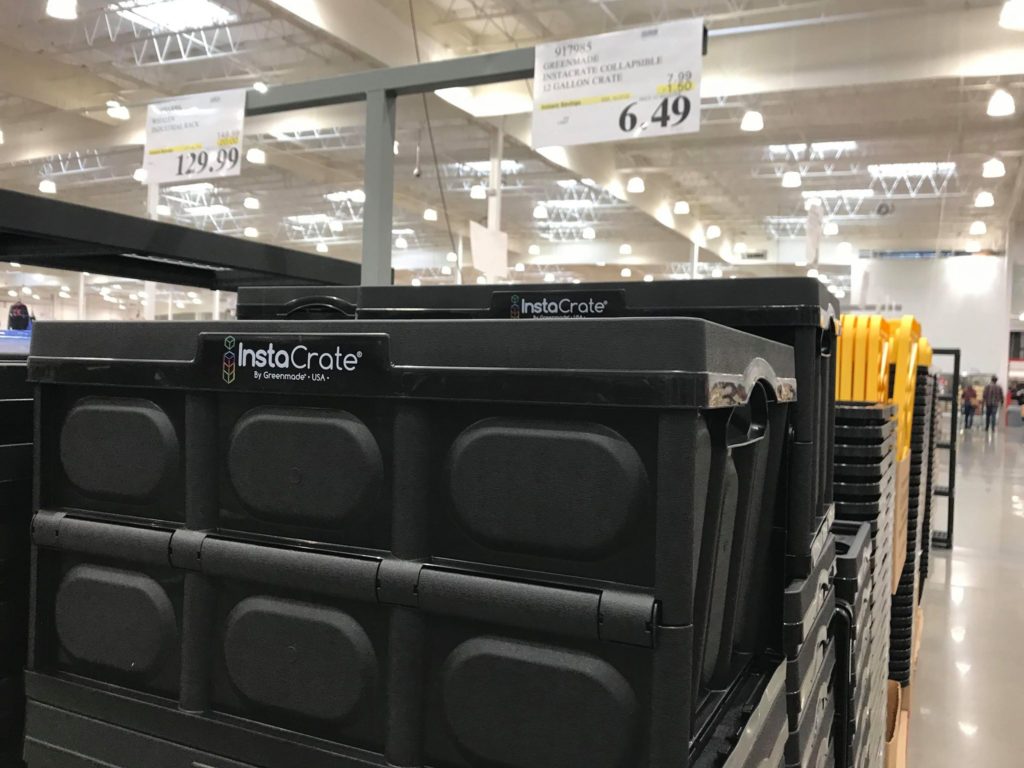 My store had a bunch of organizers on sale, like this InstaCrate for $6.49 (but I think that rebate ended over the weekend). It collapses when not in use. ‘Tis the season to organize, purge, and buy plastic storage containers.

2-pack of exercise massage rollers for $39.99. One for you, and one for your main squeeze (or a friend). 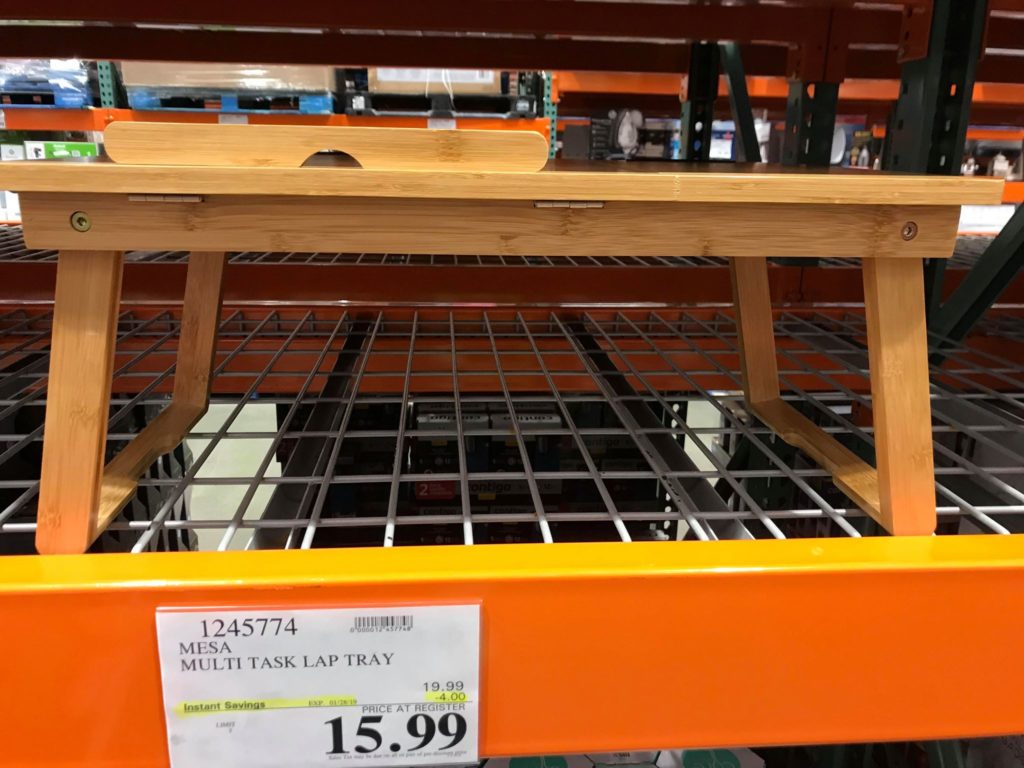 Multi-Task Lap Tray for $15.99. This would be cool for eating breakfast in bed (if someone would make it for me!), or maybe something a bit less exciting, like using a laptop.

3-pack of Schmidt’s Natural Deodorant for $9.99 after instant manufacturer’s rebate. 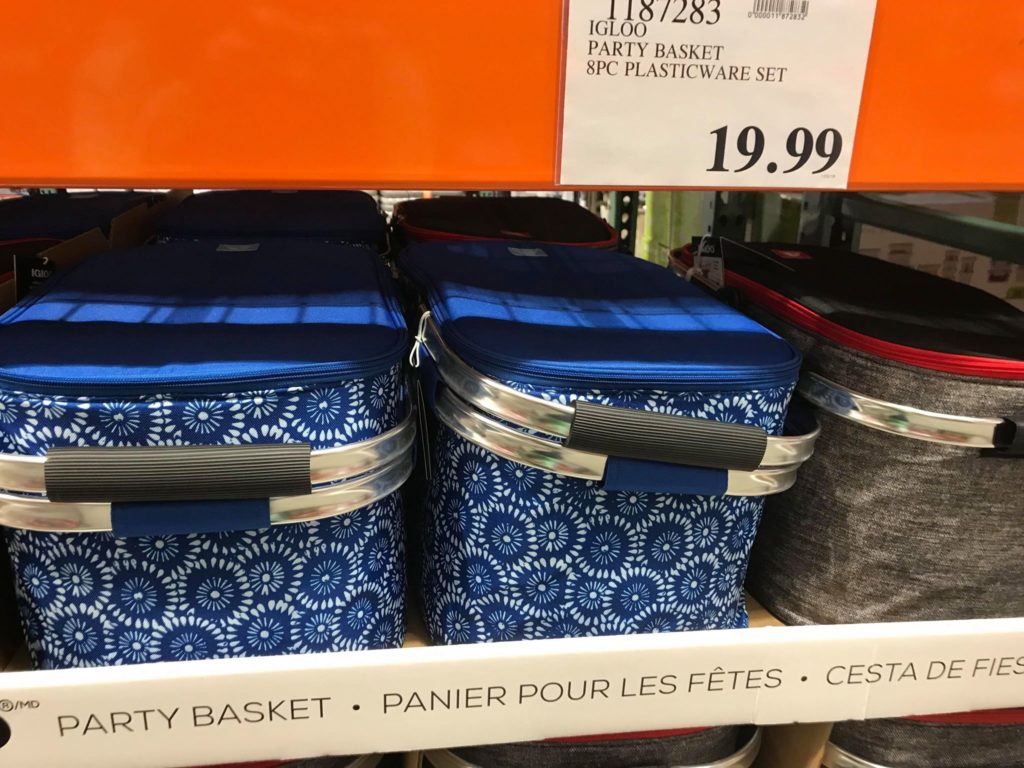 Party Basket, includes 8 pieces, for $19.99. I couldn’t open it to see what was inside, but I’m guessing plates and utensils. Anyone know for sure?

Elongated Bidet Seat for $299.99. Again, maybe another item you didn’t have on your list while headed to Costco. 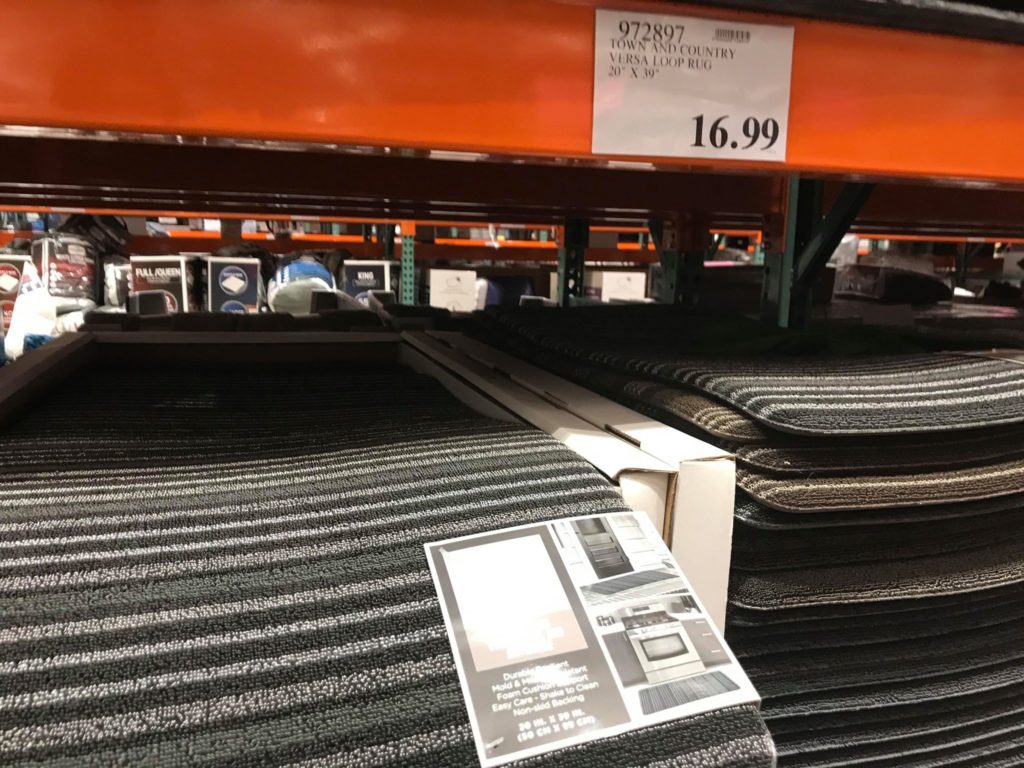 This Loop Rug for $16.99 was soooo squishy. I kept squishing it! It would be nice to stand on in the kitchen or laundry room. 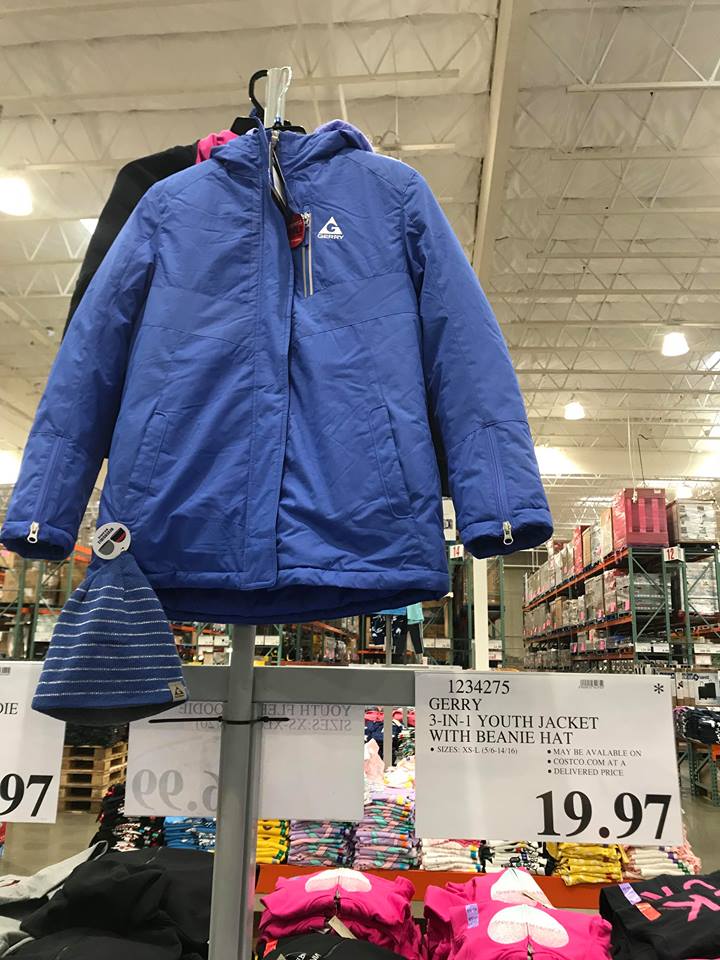 I found a number of winter and snow-related items on discount during my trip. This kids’ ski jacket was priced at just $19.97. I bought this exact jacket for my daughter when it was $34.99 and it’s very good quality! It includes a removable liner and a hat. 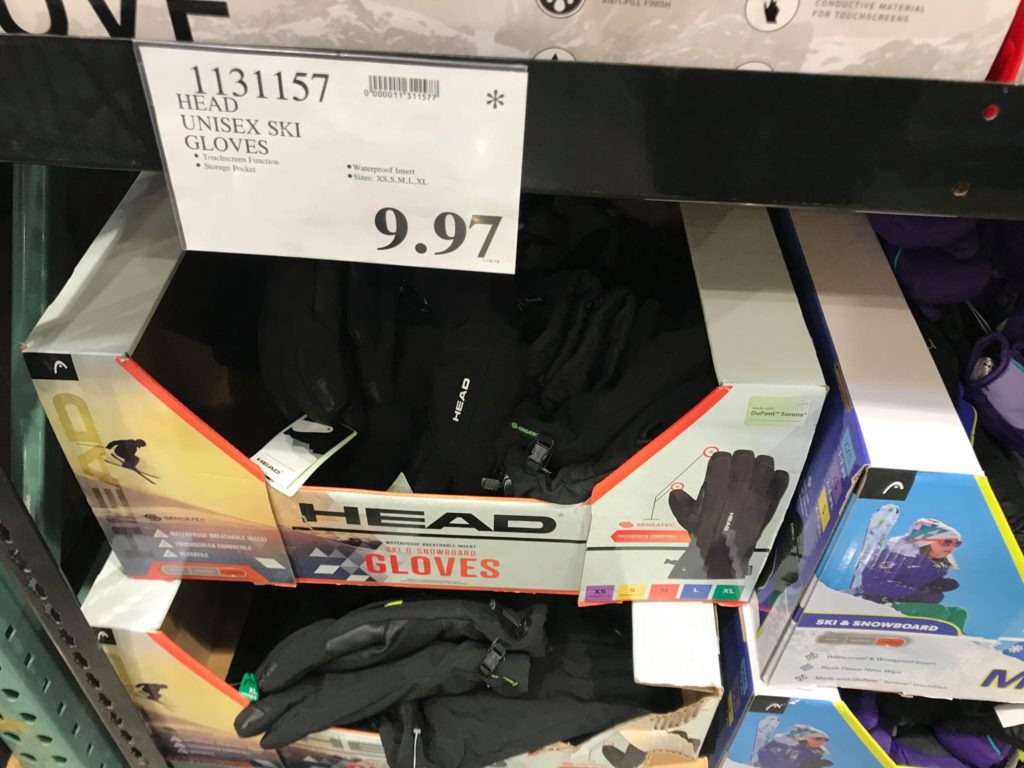 I also found some winter items towards the back of the store, near where they sell tires. (This may vary at your store). Sizes were limited, but it’s worth a look. 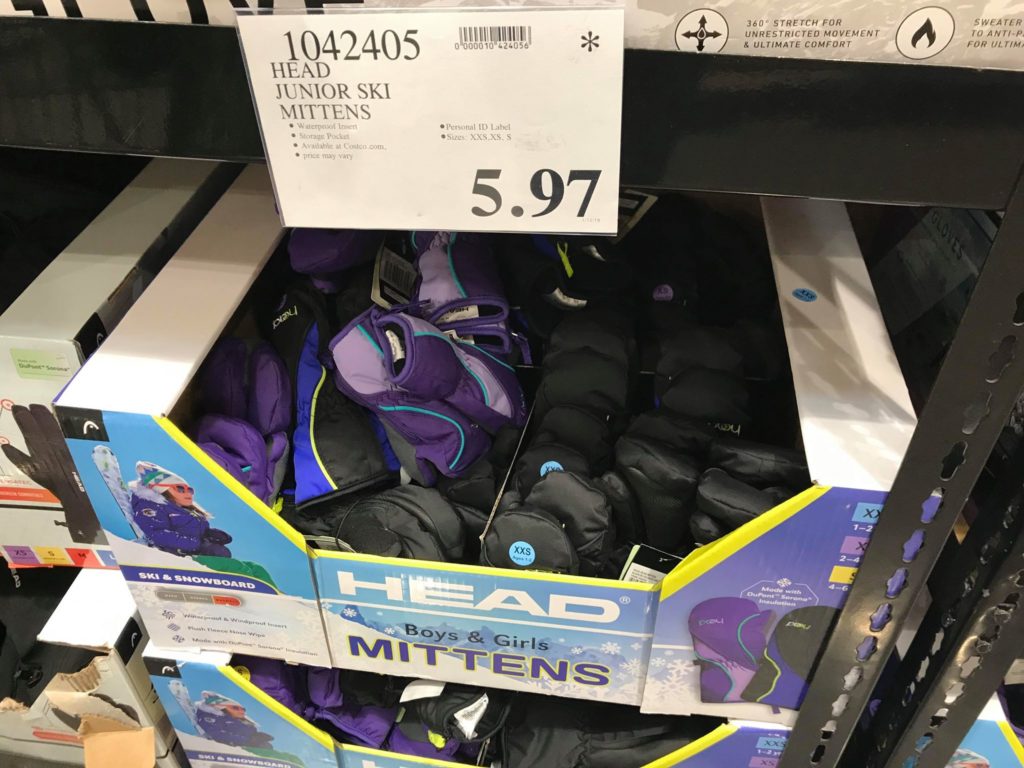 Kids’ Ski Mittens were just $5.97! I really wanted some for my daughter, but unfortunately for me, the only sizes they had were very small (like for kids 6 and under). 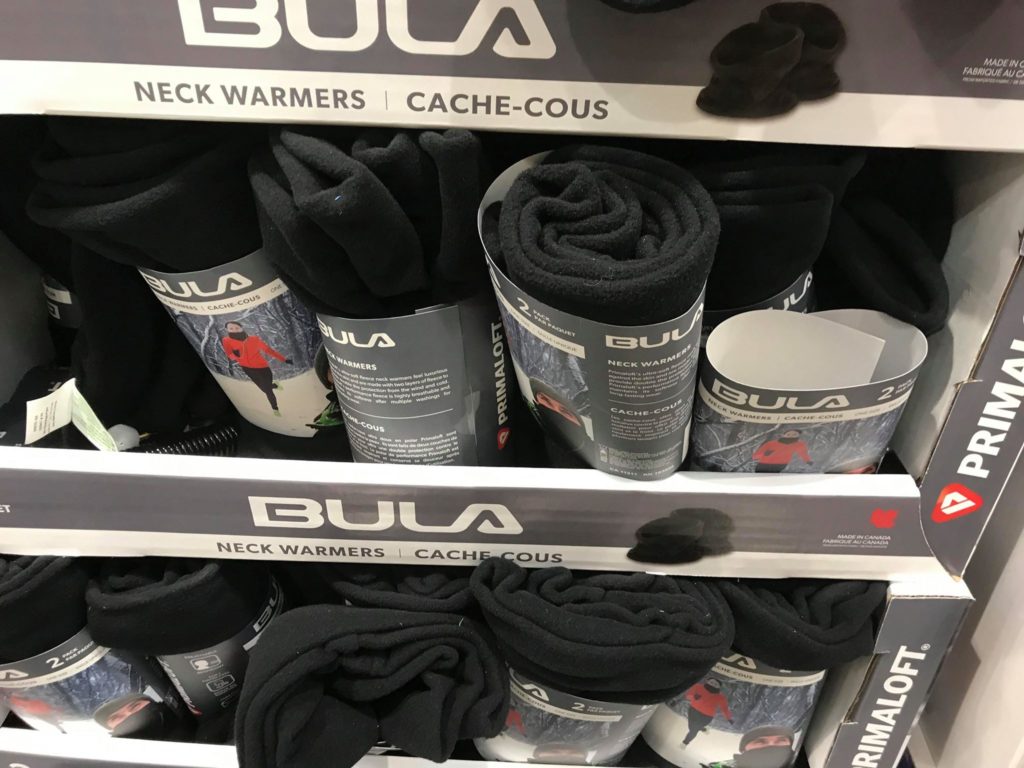 I ended up buying this 2-pack of neck warmers for $6.97. They are great! I like wearing these for running or just watching chilly soccer games or practices. 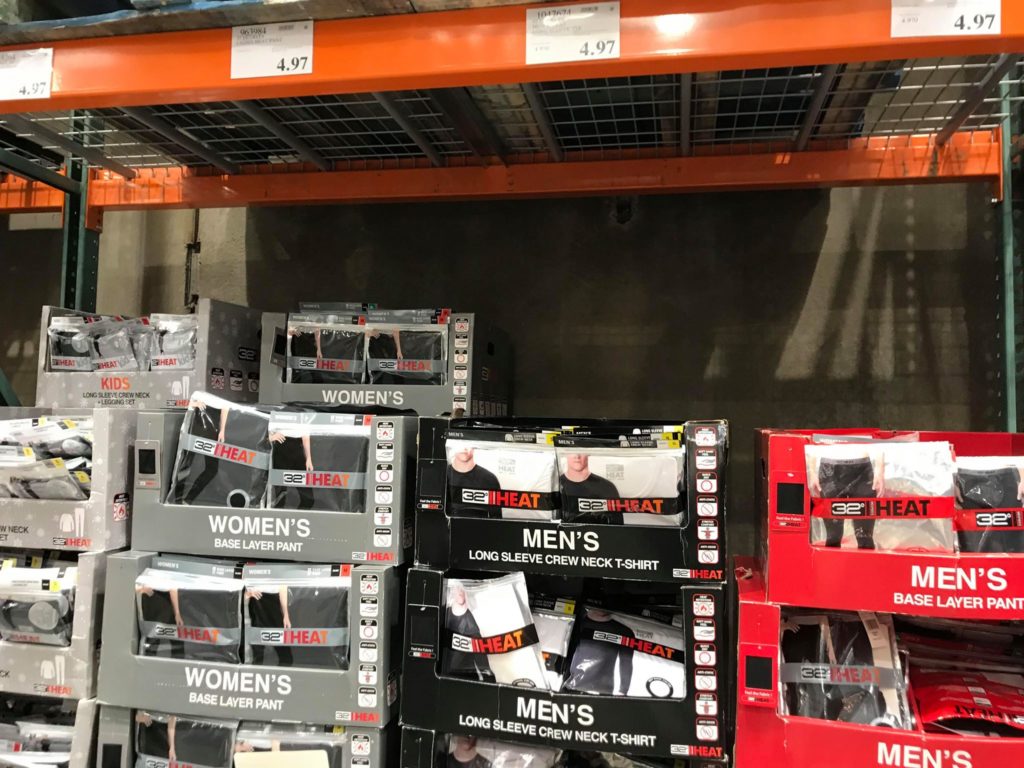 Again, selection in terms of sizing is a bit sporadic here – but I wanted to share that I found 32 degrees base layers on clearance for just $4.97! Stock up – we won’t see these offered again for months. 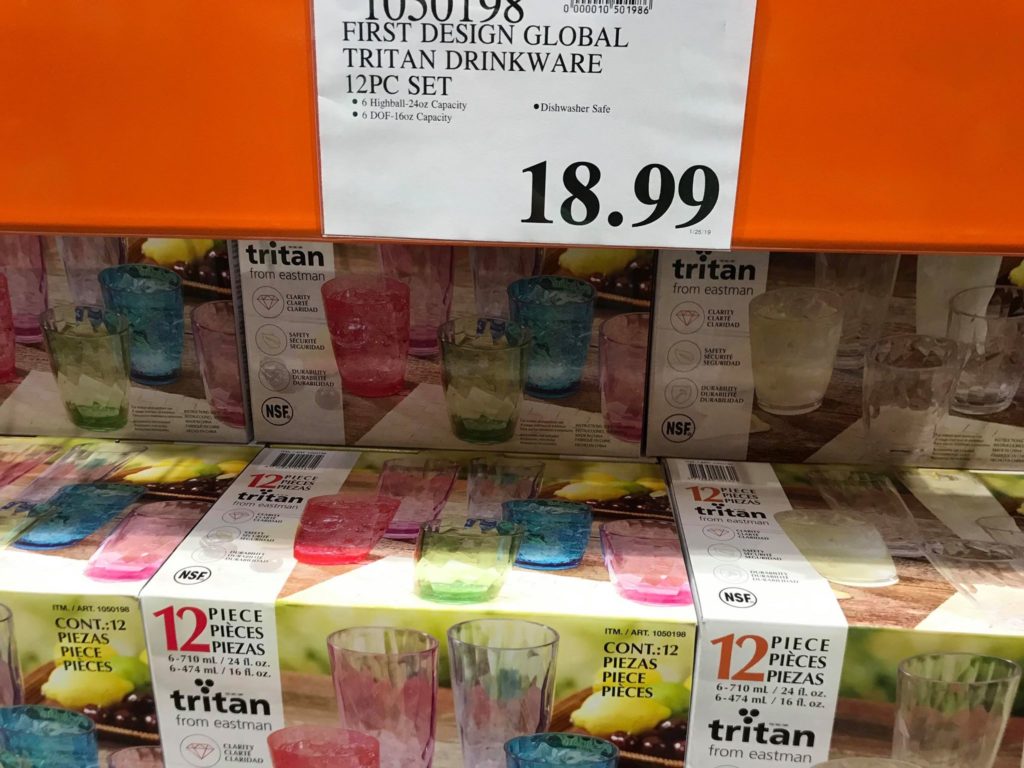 12-piece drinkware set for $18.99. These are plastic, but look really nice. If you’re not keen on the pastel, they also had clear. 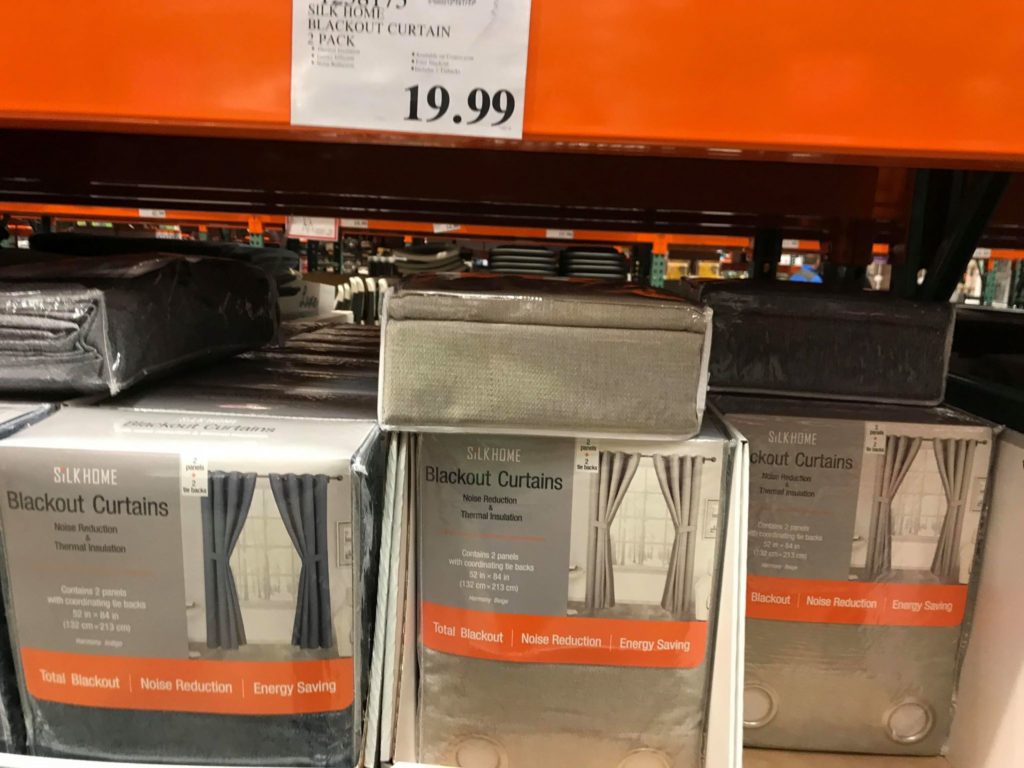 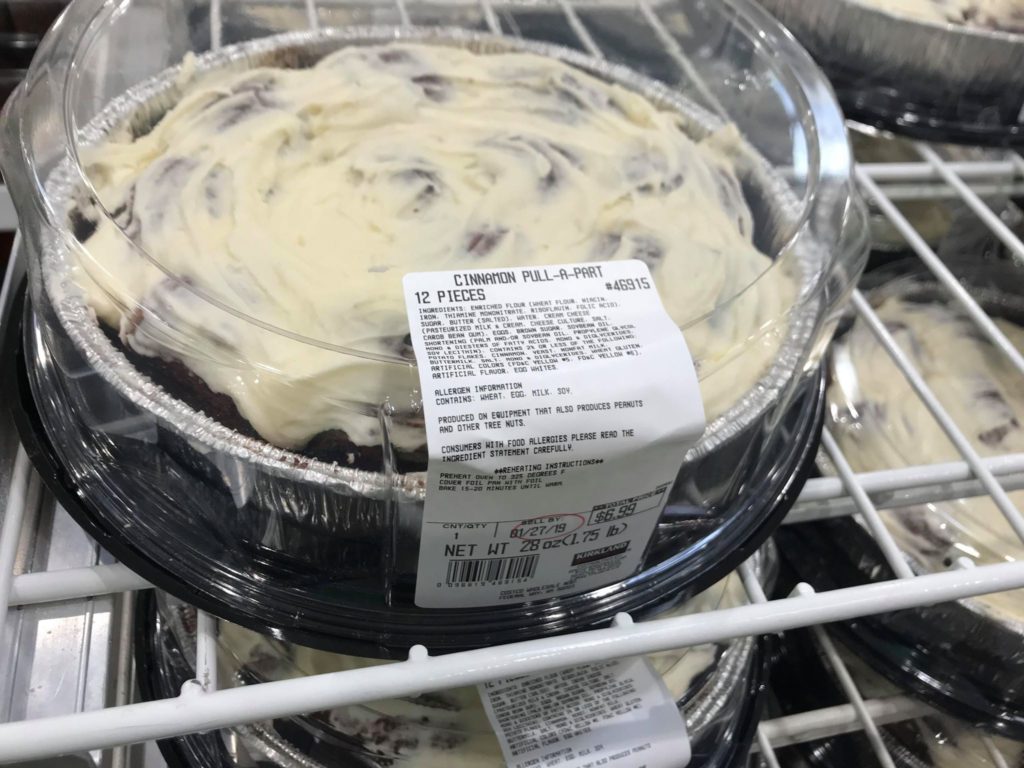 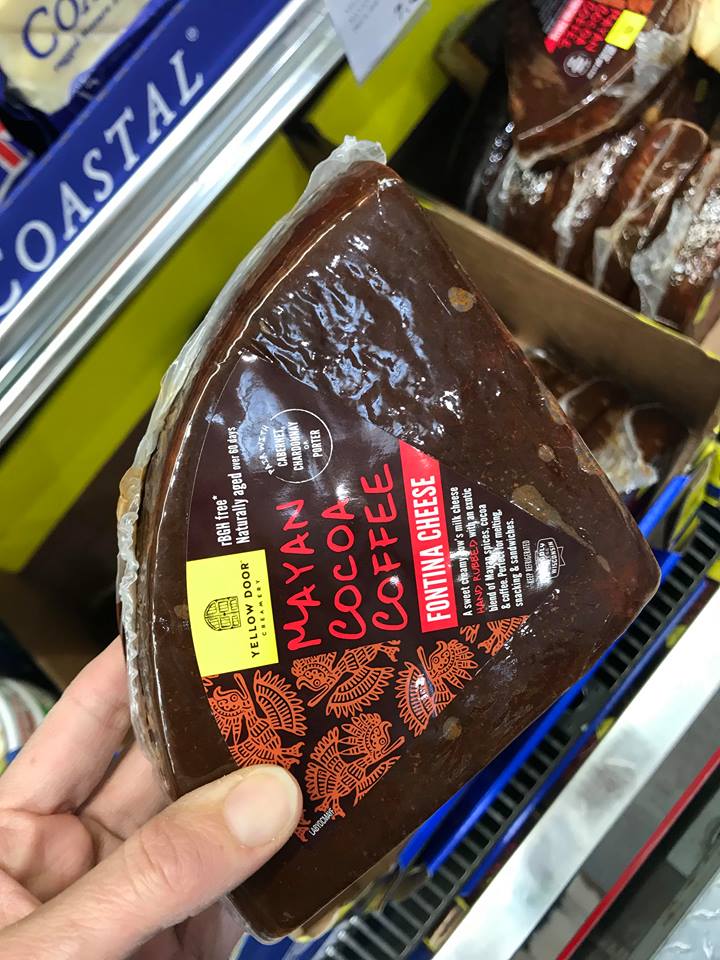 Mayan Cocoa Coffee Fontina Cheese. I want to say it was about $8.99, not cheap. But it might make a nice splurge item on a cheese platter? 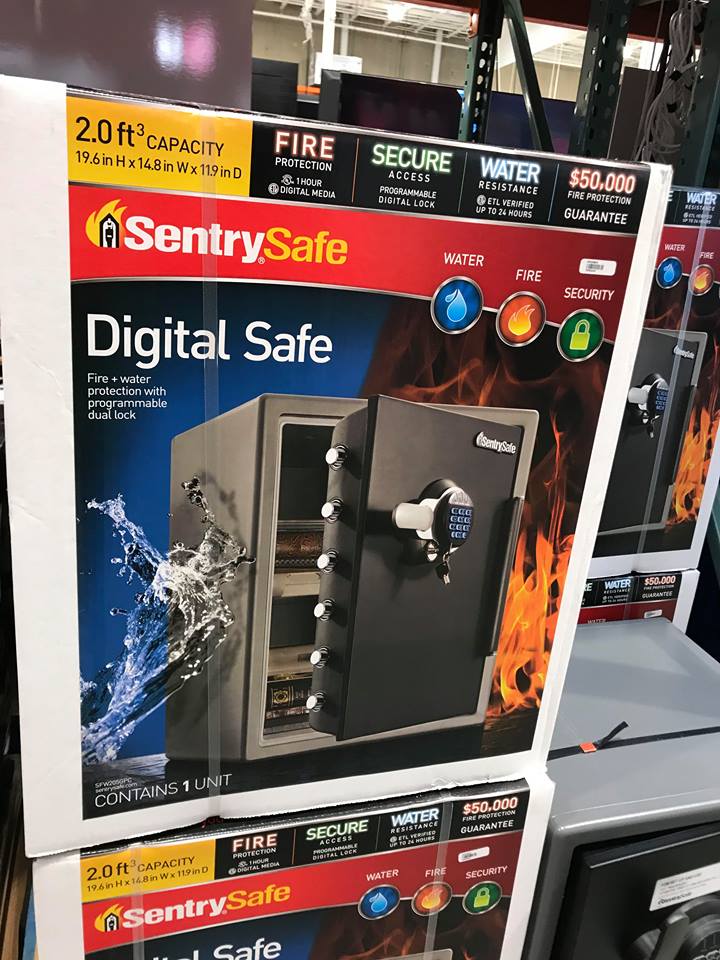 My store had a few different safes available. I wonder if this is just the time of year when people think about this sort of item? Maybe as tax time looms and people start going through their paperwork? The one pictured above was $249.99, but I also found a smaller model (maybe good for storing passports, certificates, and smaller items) for $74.99. 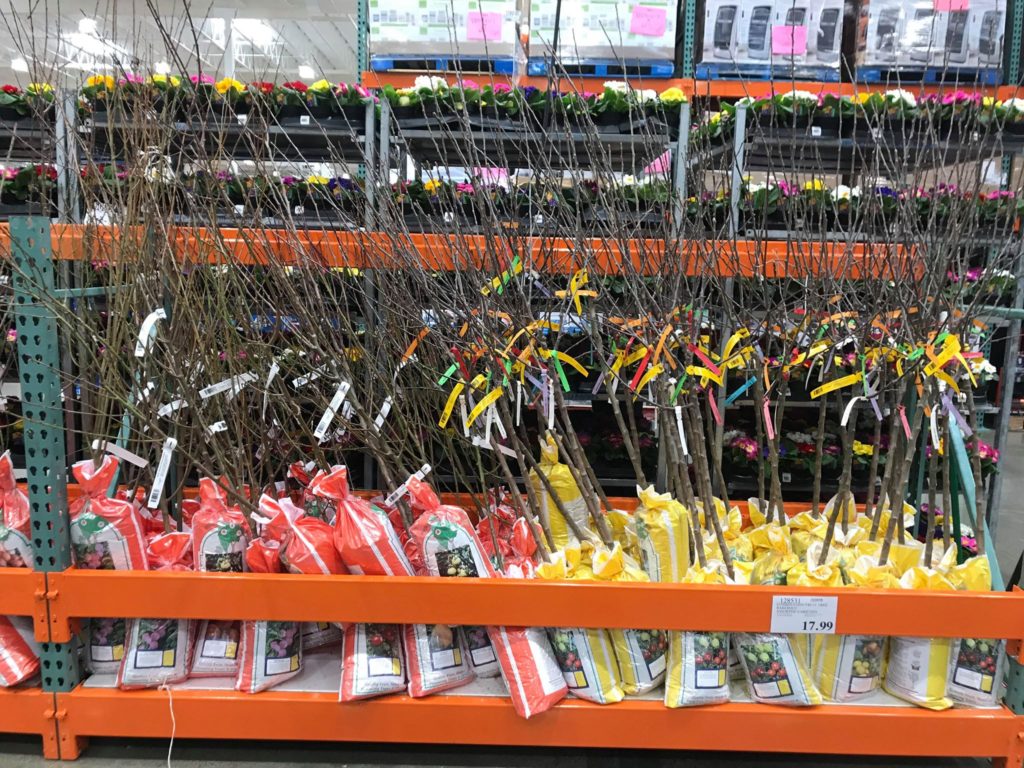 This is also the time of year to start planting bare root fruit trees. My Costco store had a small selection for $17.99. 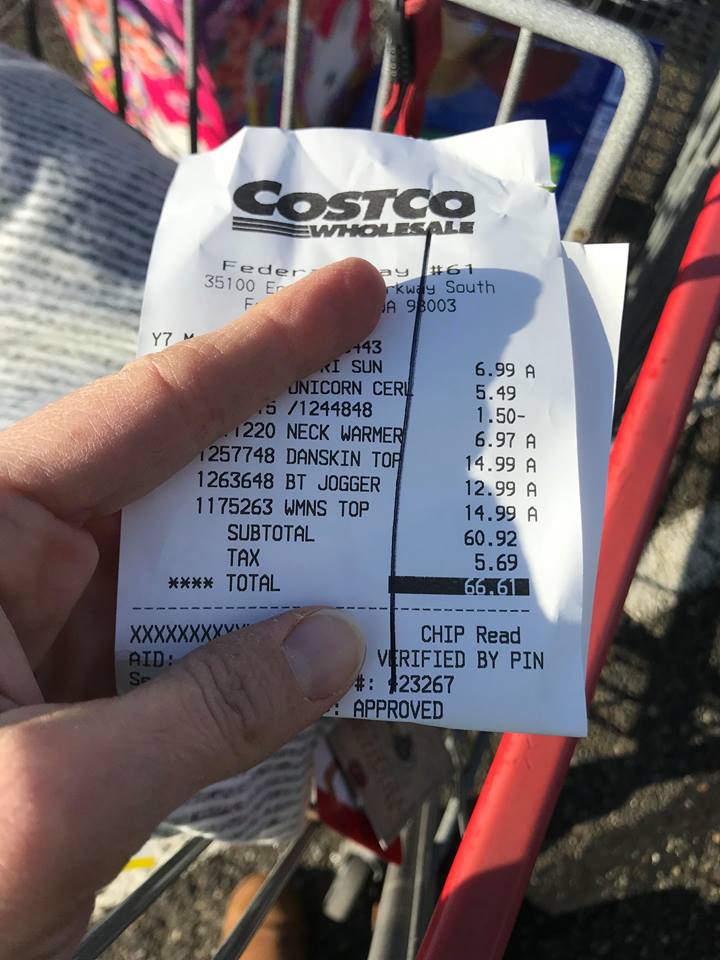 On this trip, I picked up the Unicorn Cereal, some Capri Sun for school lunches (it’s $6.99 for 4 boxes), the neck warmers, a couple tops and some jogging pants for my daughter. With tax, my total came to $66.61. Anytime I can come out spending $100 or less is a good day at Costco!

Also, a heads up about my trip. I was rather aggressively given a sales pitch at checkout for the Executive Membership. (I’m currently on a Gold Membership.) I had the cashier asking me, and I swear, there were about 2 other employees at my side as I was handed my receipt. I observed this same behavior with the customer who checked out just prior to me. In looking down, I saw a pile of papers at checkout that had to do with the Executive Memberships. I would be MONEY there is some sort of employee competition going on (in fact, I asked them outright if this is something that they are having to do for a monthly challenge, and they were kind of evasive). I know they are likely trying to hit sales goals, but their approach was extremely off-putting. I’d be curious to know if anyone else has had this happen during a recent visit?

Get the full list of mailer matchups at Frugal Living NW. Want more Costco fun? Then make sure to check out the latest installment in Stuff I didn’t know I needed…until I went to Costco. You might also be interested to read my Top 10 Favorite Things I Found at Costco in 2017.