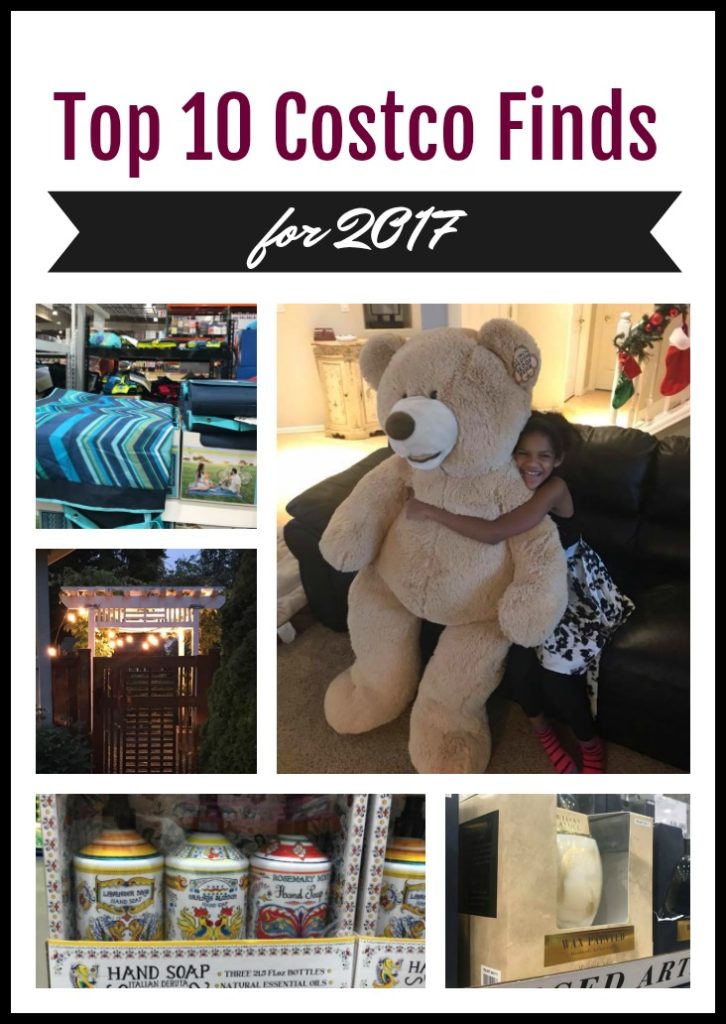 Every year, a few new items make their way into my heart and home from Costco. If you follow my monthly series “Stuff I didn’t know I needed… until I went to Costco,” then you probably aren’t surprised to learn this!

A couple years ago, I decided to take stock of my very favorite items from this monthly feature. (You can read my reports from 2015 and 2016.)

In no particular order, here are my top 10 favorite Costco items from 2017. Please do note that I cannot guarantee you’ll find these items at your store right now – or ever. 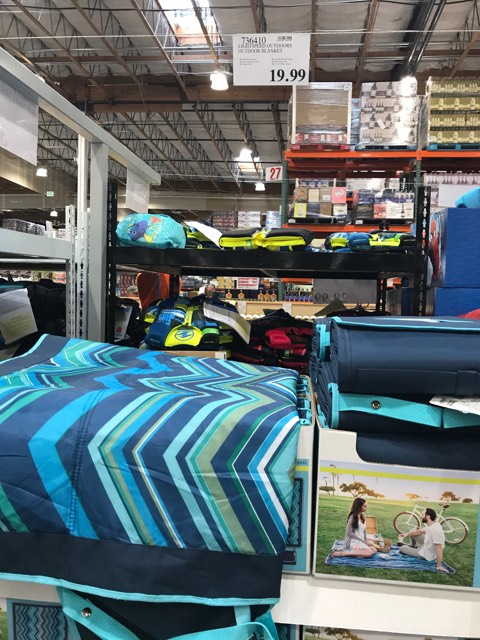 This was an item I spied on a store visit and hemmed and hawed about, but snagged on a return trip in June. Boy oh boy, I am so glad I did! It is the BEST blanket for taking to the beach or soccer tournaments. It’s got kind of a vinyl material, so it lays flat and cleans off easily with water. It also closes up easily so you can tote it around. I almost wish I would’ve snagged a second one. We’ll see if it pops up again next year. 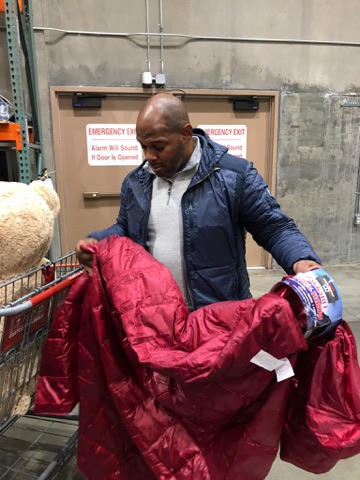 I ended up buying a few of these in the late fall for all the soccer games and cross country meets spent just standing or sitting around. While thin, they actually do provide a helpful second layer! They come in a stuff sack and would be very easy to shove in a hiking backpack or the back of the car. 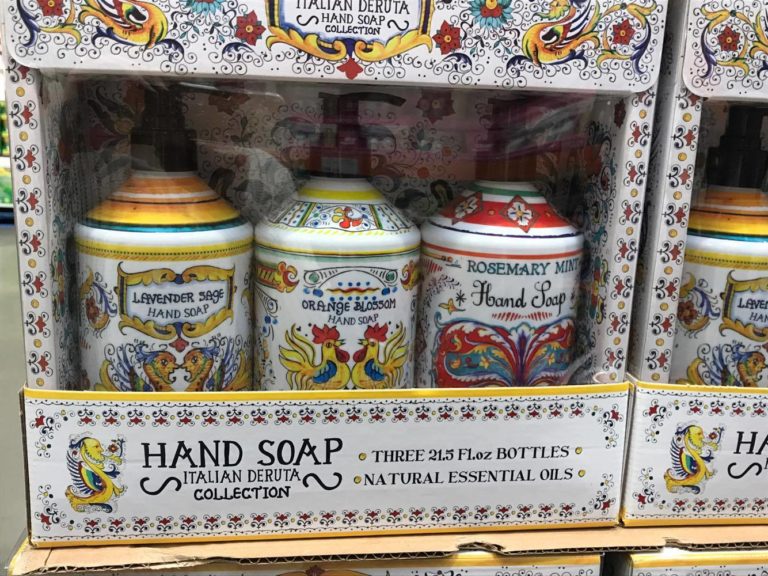 During my April shopping trip, I picked up these beautiful hand soaps for just $9.99. I later regret not buying more as gifts because I couldn’t find them on repeat trips! While the bottles are plastic, they are large and beautiful. I’ve saved them to reuse in my home. They were near the health and beauty section and if they ever make another appearance, I’ll be stocking up. 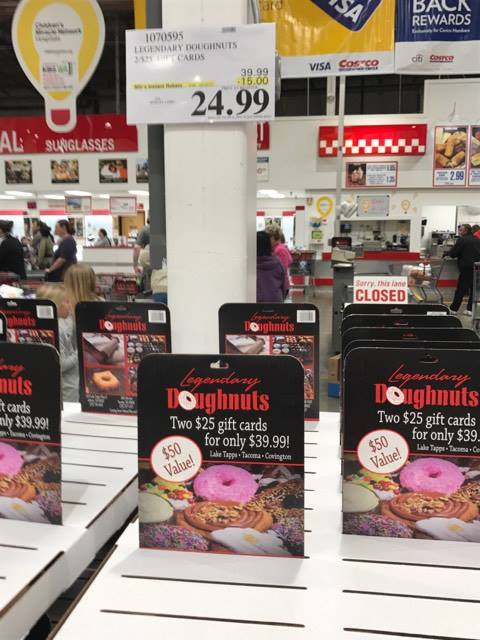 While this happens to be one specific example of a gift card deal at Costco, I’ve seen many over the years. I found $50 of Legendary Doughnuts gift cards for just $24.99 in May! These were provided as (2) $25 gift cards. While I certainly could’ve gifted one – or both – I kept them! We save them for special occasions and would you believe I still have about $22 left? 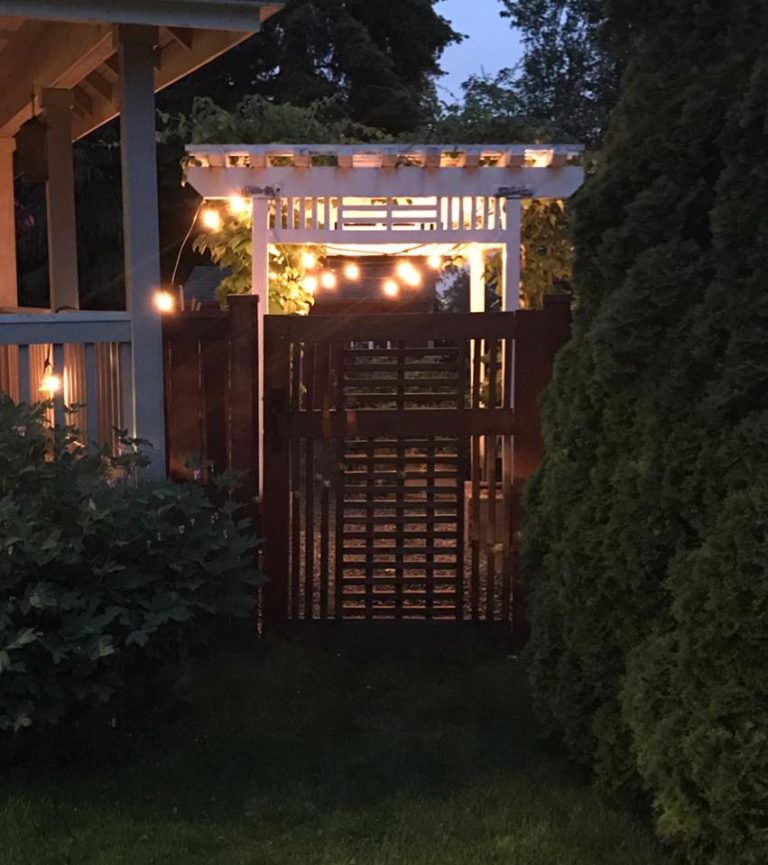 Now Costco has offered these lights forever, but this was the year I finally cracked down and bought some in June! Check out how beautiful they look on my arbor! It added just the right touch and without breaking the bank. I may want some more next summer for our covered porch. 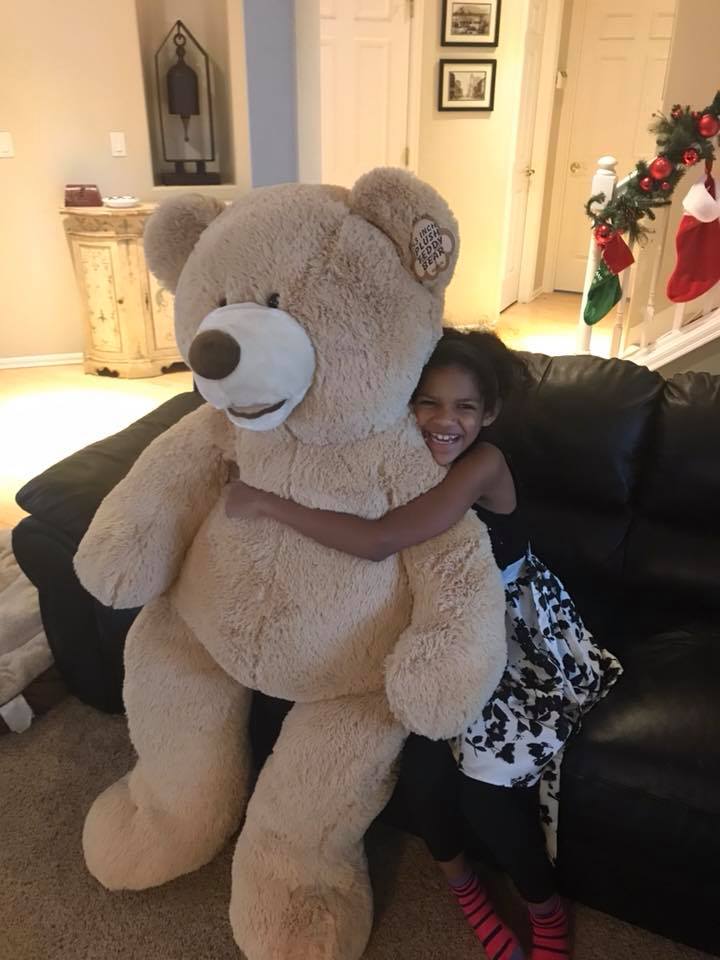 My daughter really, really wanted the giant stuffed bear she spotted at Costco. This one is large, to be sure, but not as large as those ones that are selling for $200 and you need a crane to haul home. I was actually shocked this huge bear was only $29.99! It was one of her favorite Christmas gifts this year and I was so very glad to finally have it out of my closet! She named him Hammy, in case you’re wondering. 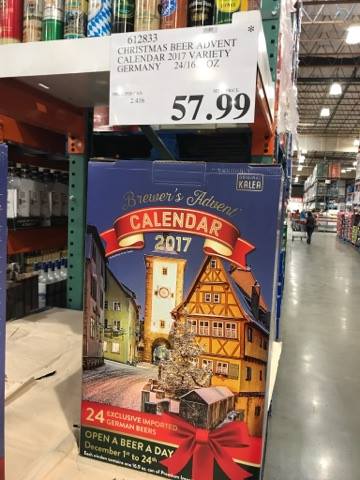 This is one of those items I did not buy, but kind of regretted later. In late October, I noticed that Costco was selling a beer advent calendar featuring 24 different German beers. I balked at the price, but it turns out these have a bit of a cult following. They were gone when I returned to the store for my mid-November trip, so I’m guessing they sold out quickly. I think it would’ve been a lot of fun, and I’ll be watching for these next year! 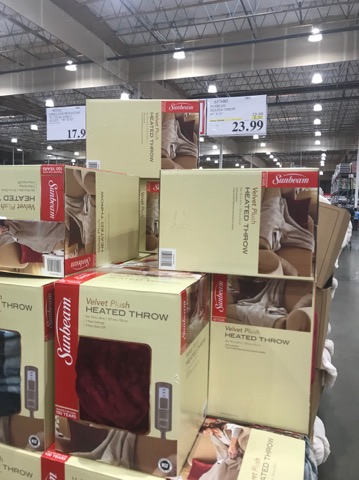 I bought a couple of these during my November trip and I’ve used them pretty much every single day since! They are fantastic. I have one downstairs on our sofa and the other on my bed. The dog particularly loves wrapping up in them. It’s also a nice way to warm the sheets at the end of the day. My only regret is that I wish I’d sprung for a larger, Queen-sized blanket too. This truly is a “throw.” 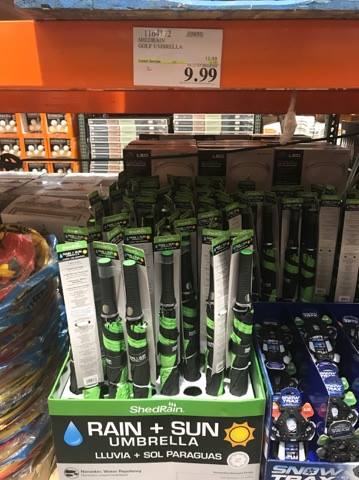 This is another item that I bought on a whim and later wished I would have bought more of! I paid just $9.99 after instant manufacturer’s rebate. This umbrella got use almost immediately at a soccer game and a cross country meet. The funny thing is, we spied other parents with the same umbrella at both events! (I swear all the sports families in the know stock up at Costco!) It’s very large and sturdy (so great for wind!). While we’ve only used it for rain so far, it looks like it also may be useful for sunny days. If I see these on sale again, I will be buying more! 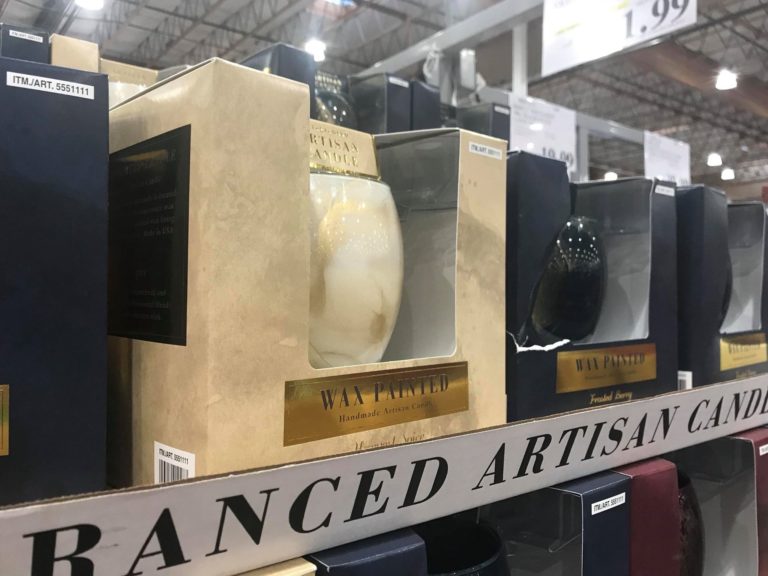 It might seem strange to list a candle as one of my favorite Costco items of the year, but it truly was! Sadly, I’ve burned it all the way down already. It was only $11.99 after instant rebate and it looked and smelled so lovely. This is yet another example of an item I’ll be watching for in late fall next year to stock up on for my home ad gifts.

I’d love to know what items you picked up this year, or struck your fancy. Leave a comment below! And, to see previous posts in this series, see my Costco page.