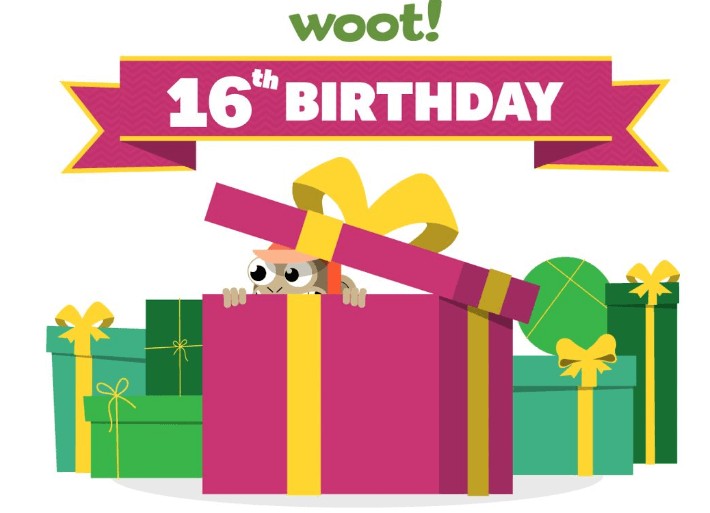 We’ve written about Woot! before as one of the best places to find deals online. If you haven’t already checked it out, now is a great time to do so as they are kicking off their 16th Birthday Event with special deals running each day from July 12 to 17!

Woot! is an Amazon company (Amazon purchased Woot! back in 2010), so they offer some perks for Prime members including FREE shipping.

Woot is a fun and unique site to browse with daily deals on home and kitchen items, electronics, and even t-shirts! It’s the original daily deals site, founded in 2004. In the past, they offered one deal per day until it was sold out, but they’ve since expanded their offerings to daily deals and limited-time offers across seven categories.

If you don’t already have an Amazon Prime membership to get this free shipping benefit, you can sign up for a free 30-day trial to check it out. Don’t forget that EBT and Medicaid cardholders and college students get discounts on their Prime memberships, too!

Celebrate Woot’s Sweet 16th Birthday with some great deals starting this Sunday, July 12! Obviously they don’t want to share all the details yet, but here’s a sneak peek of what you can expect:

Keep tabs on the event by signing up for Woot!’s Daily Digest and newsletter emails, and also consider giving ’em a follow on social media and/or downloading the Woot! App.