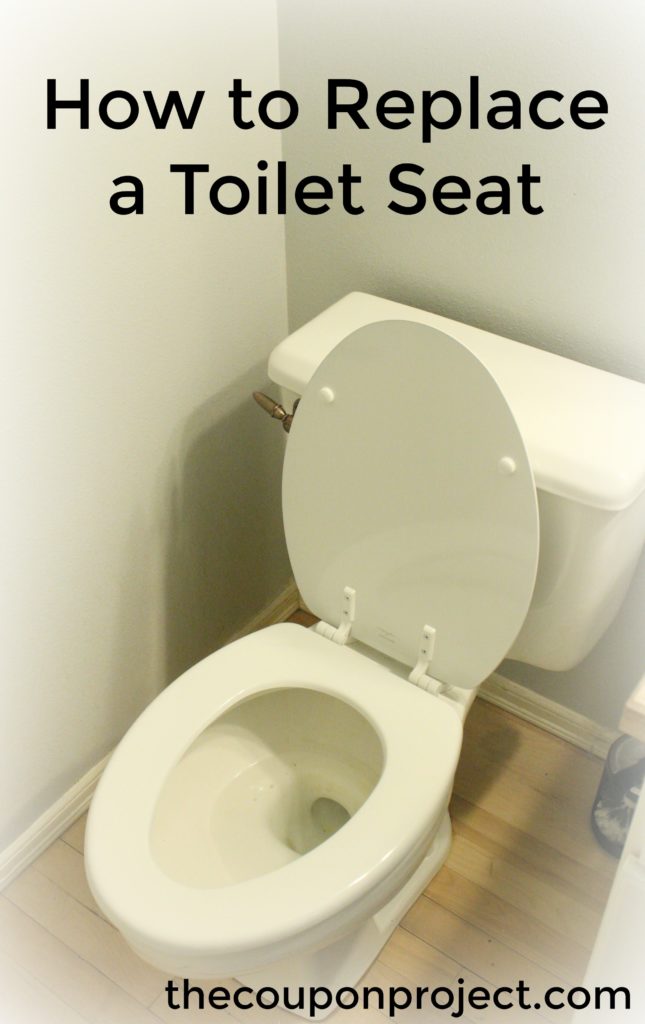 No matter what I’ve tried, nothing – and I mean nothing has been able to get my toilet seats nice and white again. I’ve tried so many products and I’ve even had a couple housecleaners come. It occurred to me recently, “hey, maybe I should just replace it!” 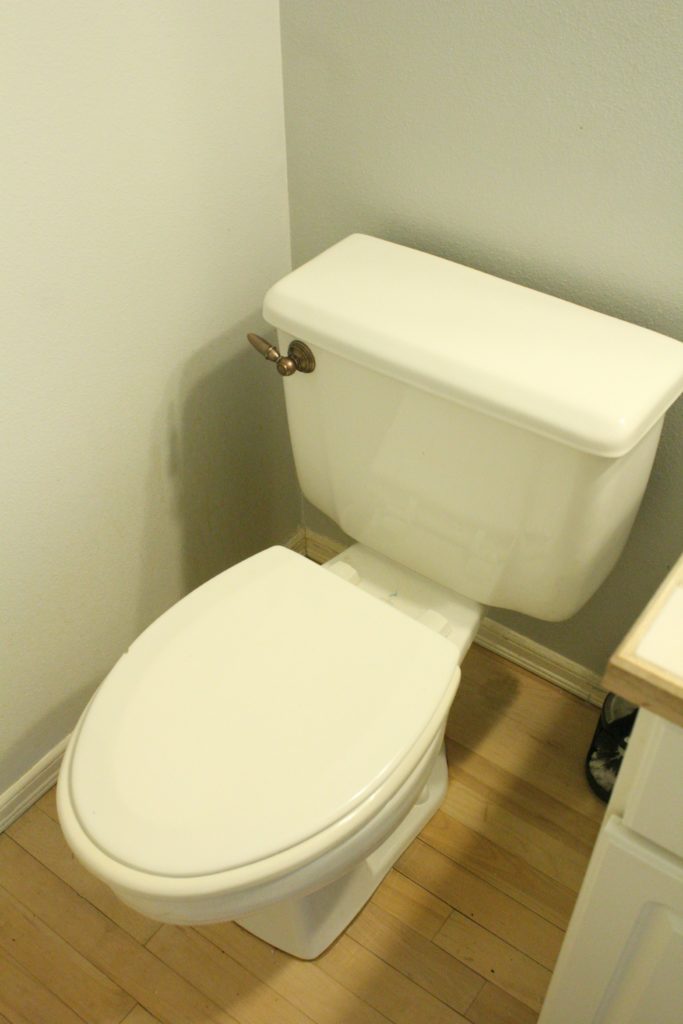 I started to think about the fact that the toilets are original to our house, which was built in 1994. That’s over 20 years old. I started to feel queasy. Before I bolted out the door, I made sure to note the current seat: it was oblong in shape and white, or almost off-white. Check. 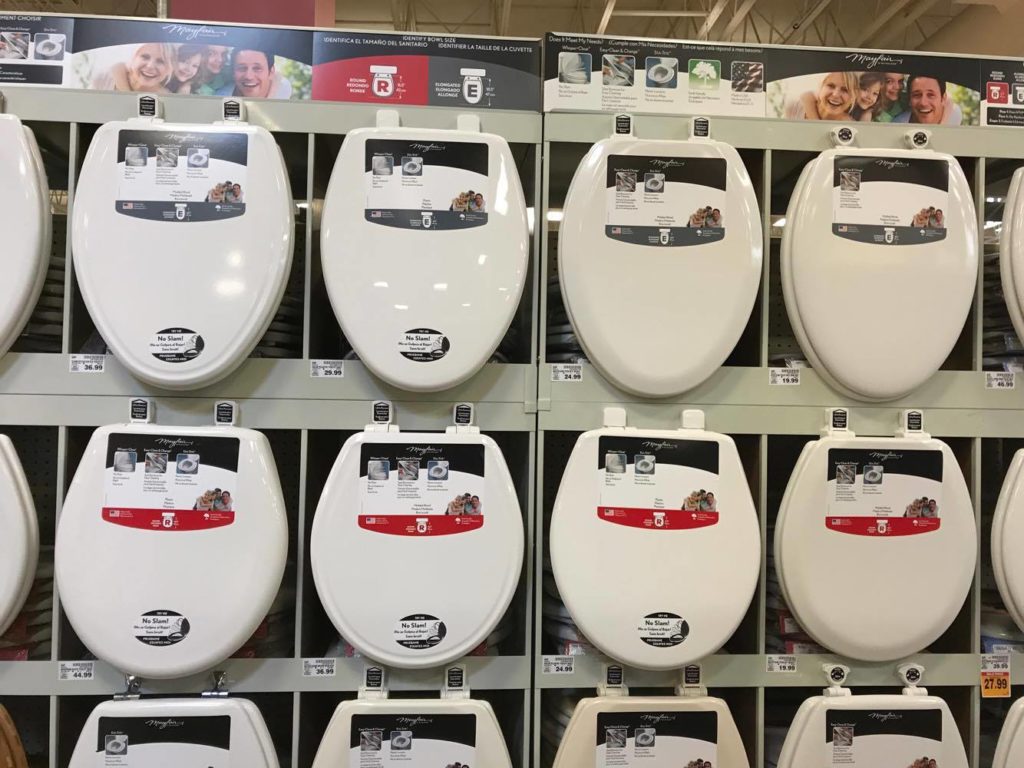 I popped by my Fred Meyer store to peruse the selections. There were quite a number of choices. Some had fluffy padding. Others were wood. Some promised to close quietly and others still had toddler seats built into them. 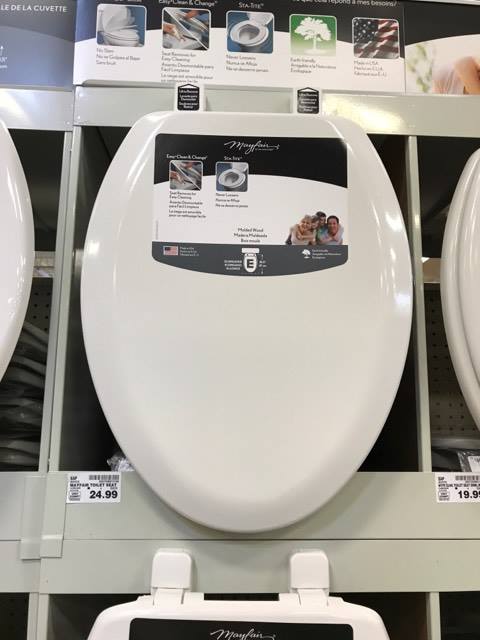 In the end, I opted for this elongated Mayfair toilet seat, which was $24.99. (Incidentally, I found a very similar one on Amazon, currently selling for about that same price.)

With my new toilet seat ready and waiting, it was time to remove the old toilet seat. I can tell you that while this process was easier than expected, it was also really disgusting. You may want to use latex gloves and/or have disinfectant on hand! 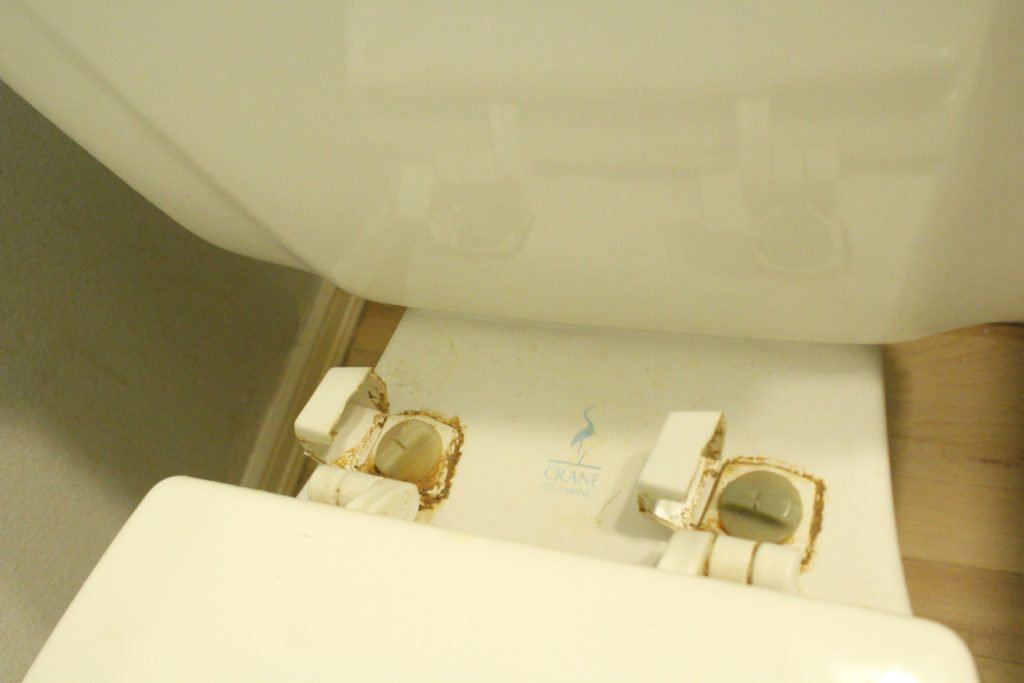 Start by popping open the covers over the bolts on the back of the toilet. On my toilet, these were small flaps that just popped open. Yours might pop or twist, depending on the model. 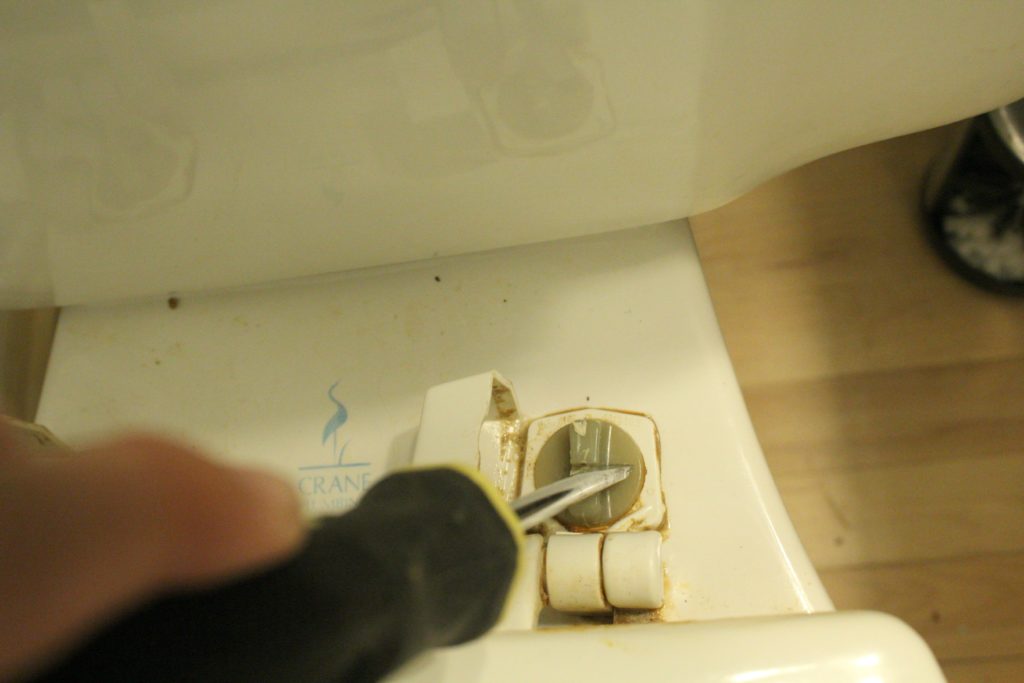 Using a screwdriver, loosen the top of the bolts. Now here’s the really gross part, reach underneath the bolt to loosen the nut. It occurred to me at this point that this might be one of those hidden places my toilet collects odors in! 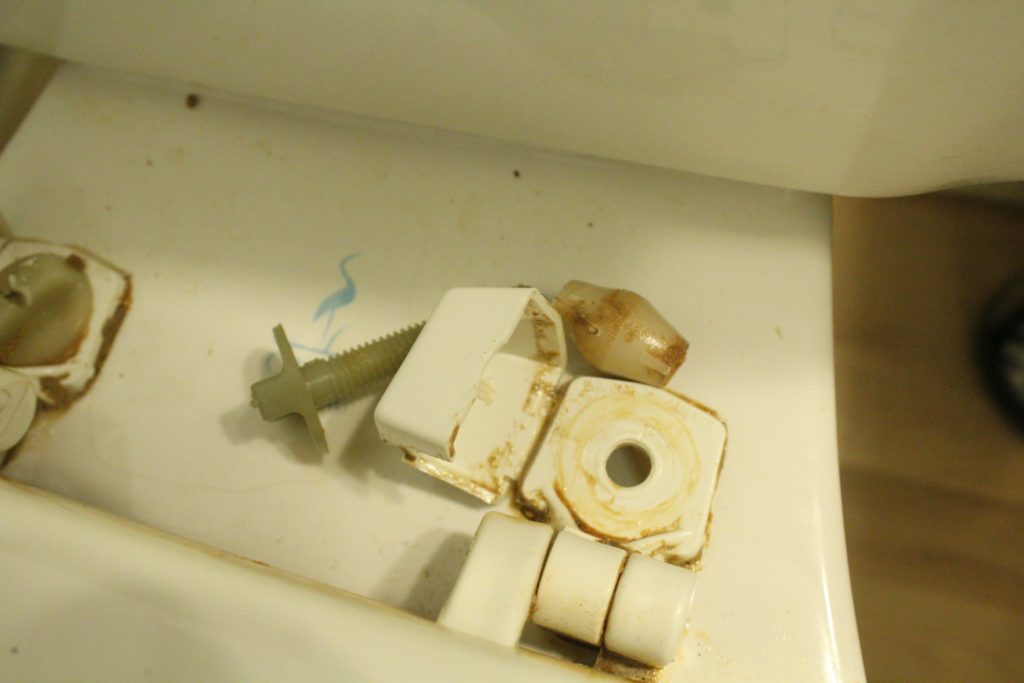 Here’s what it looked like when I removed the first nut and bolt. NASTY! 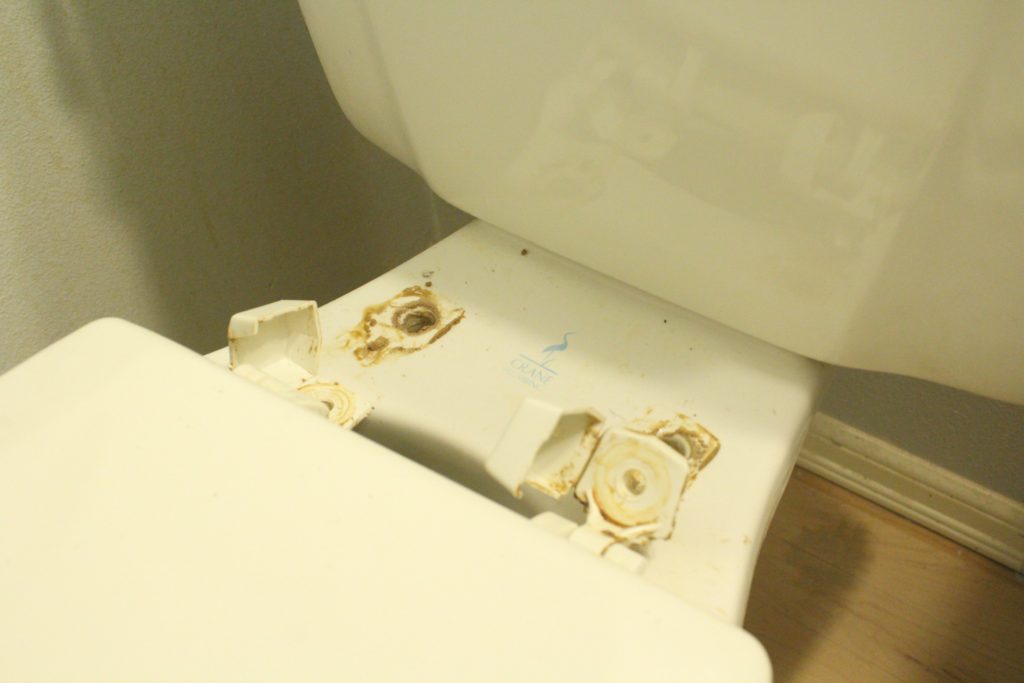 Once you’ve removed the second bolt, you can now lift the old seat off the toilet. I’ll tell you what, I couldn’t get it off fast enough! 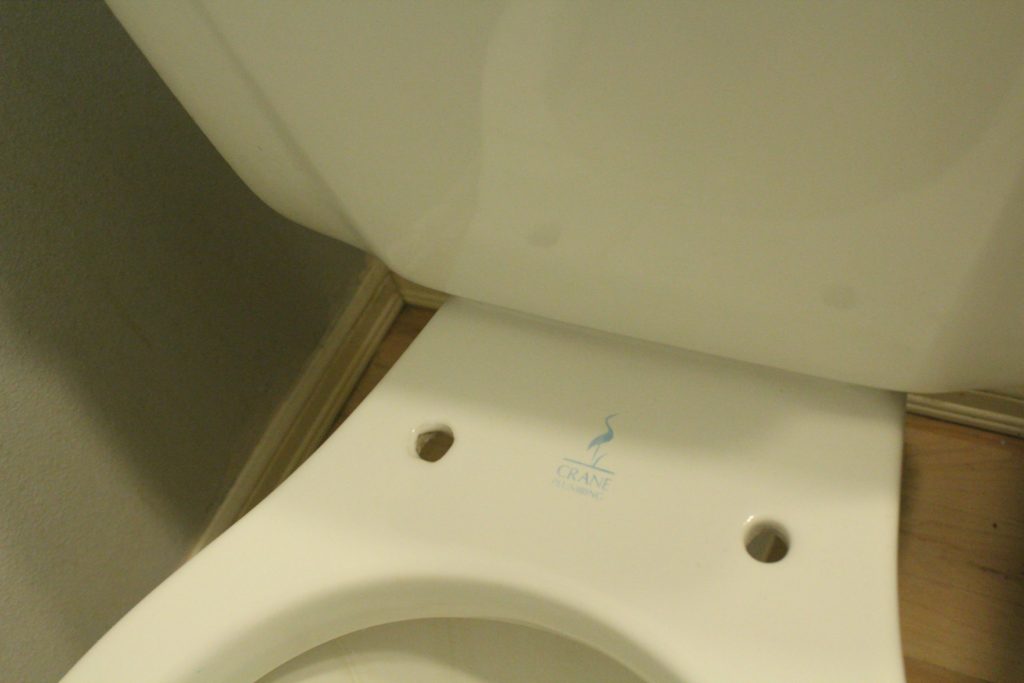 I likely don’t have to tell you this, but *this* is your golden window of opportunity to clean, clean, clean! Make sure to clean underneath (where the bolt hangs) as well as the holes. 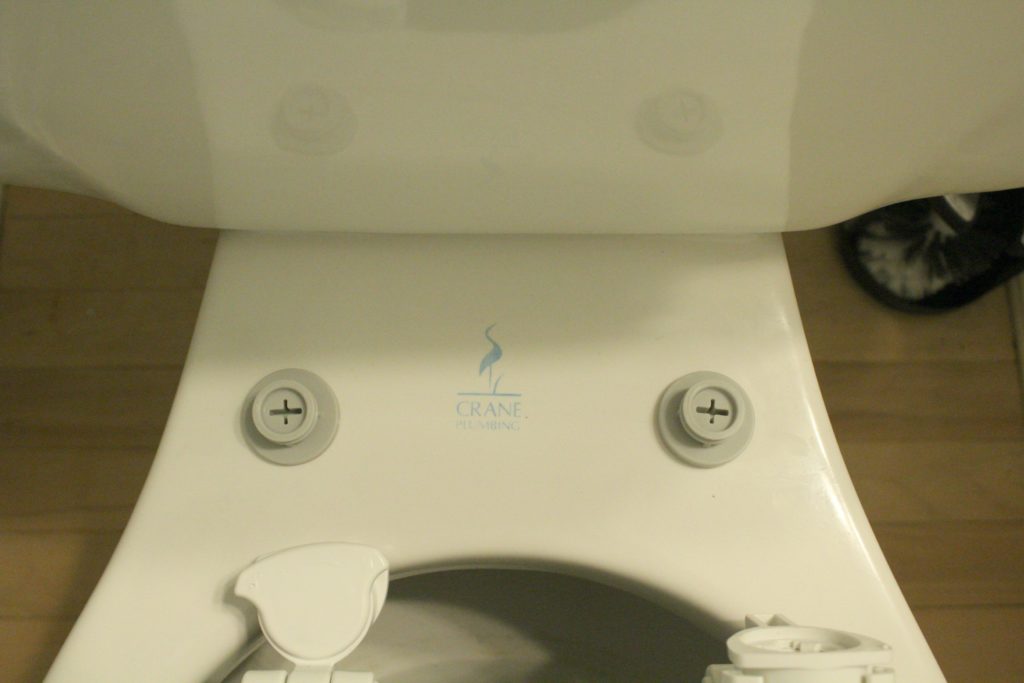 Now every new toilet seat may differ, so I do recommend you thumb through the instructions. But the good news is that no matter the seat, it should be fairly easy. In the case of my Mayfair seat, you put the bolts in first. 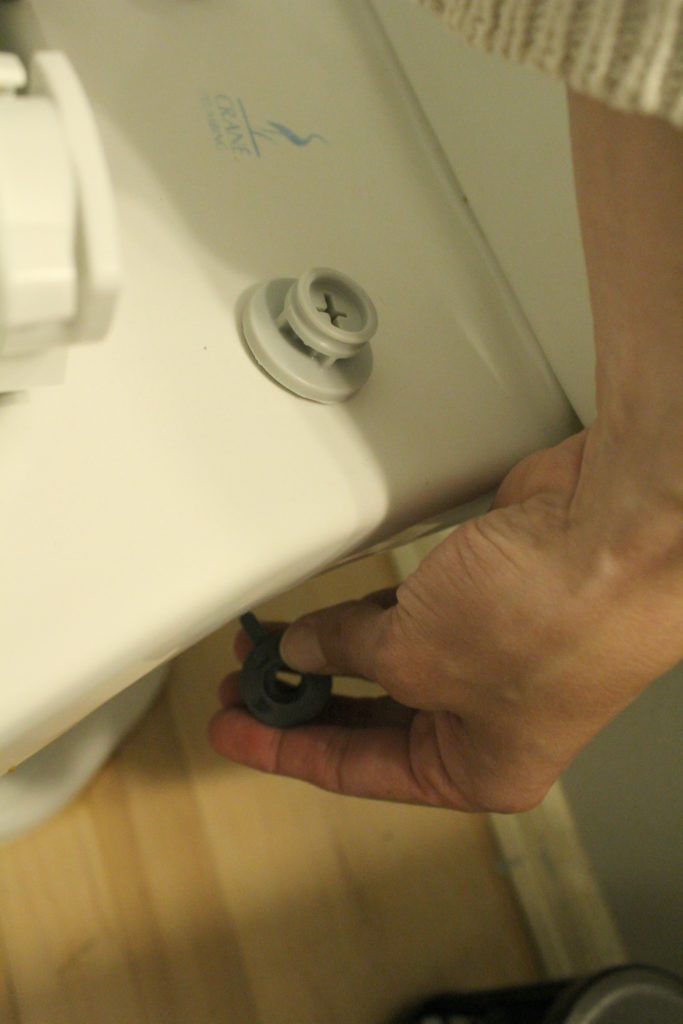 Next, screw on the nut to the underside of the bolt. It doesn’t have to be on super tight. 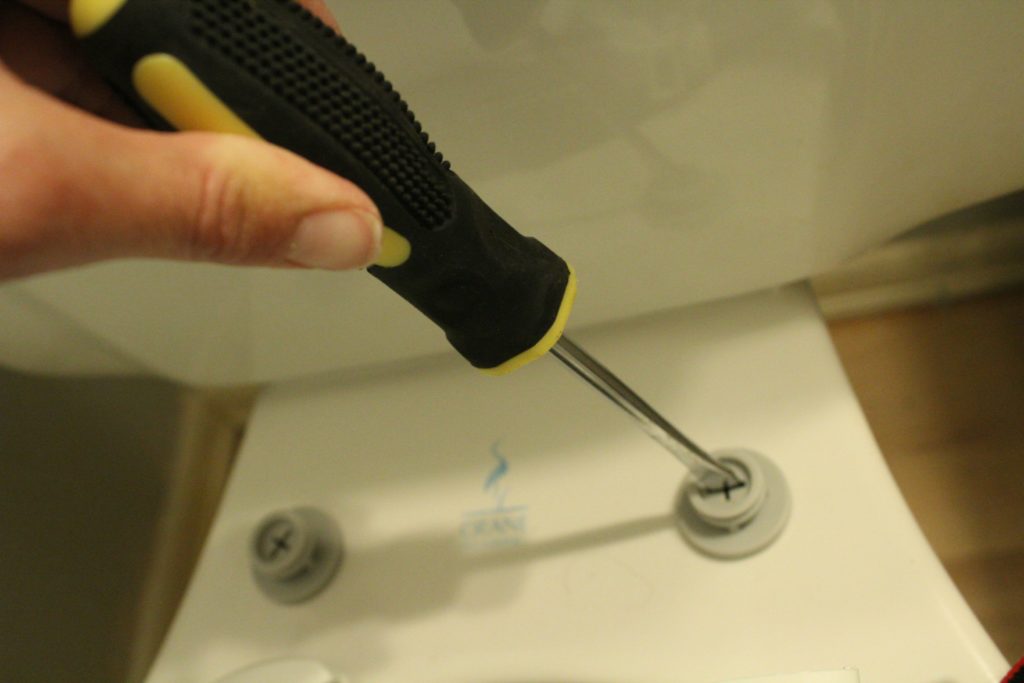 Next, tighten the bolts from the top using a screwdriver. The manufacturer was nice enough to make these work with either a Phillips or flathead screwdriver. Don’t over-tighten. 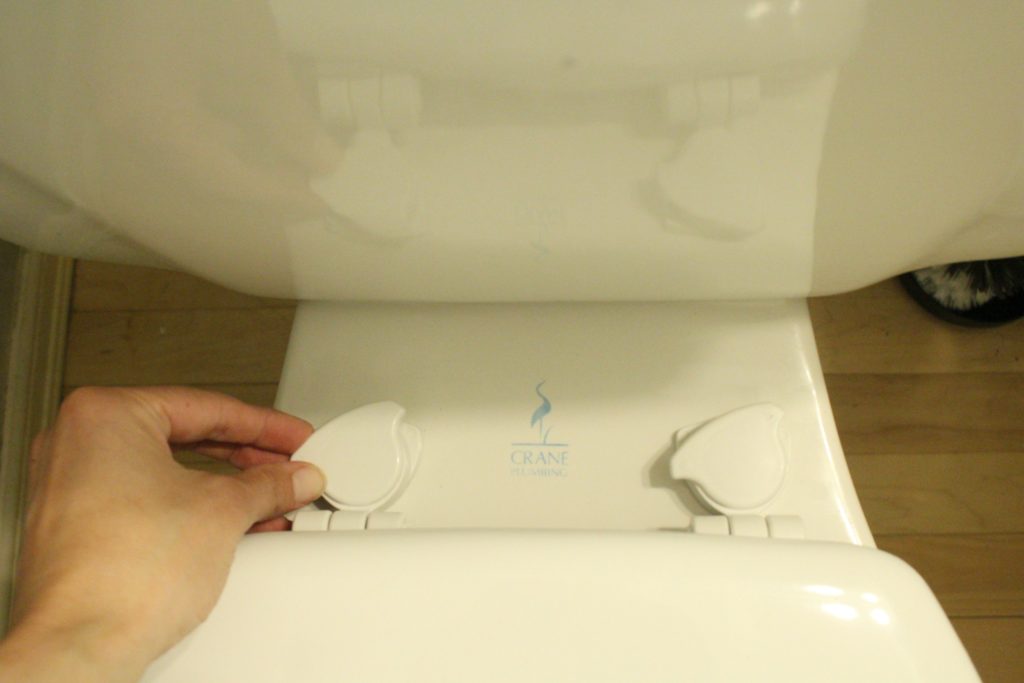 Now it’s time to add the seat! In this case, it just snapped in place and then I turned the tops to lock it in. It may differ some depending on your model. Congratulations, you’re done! 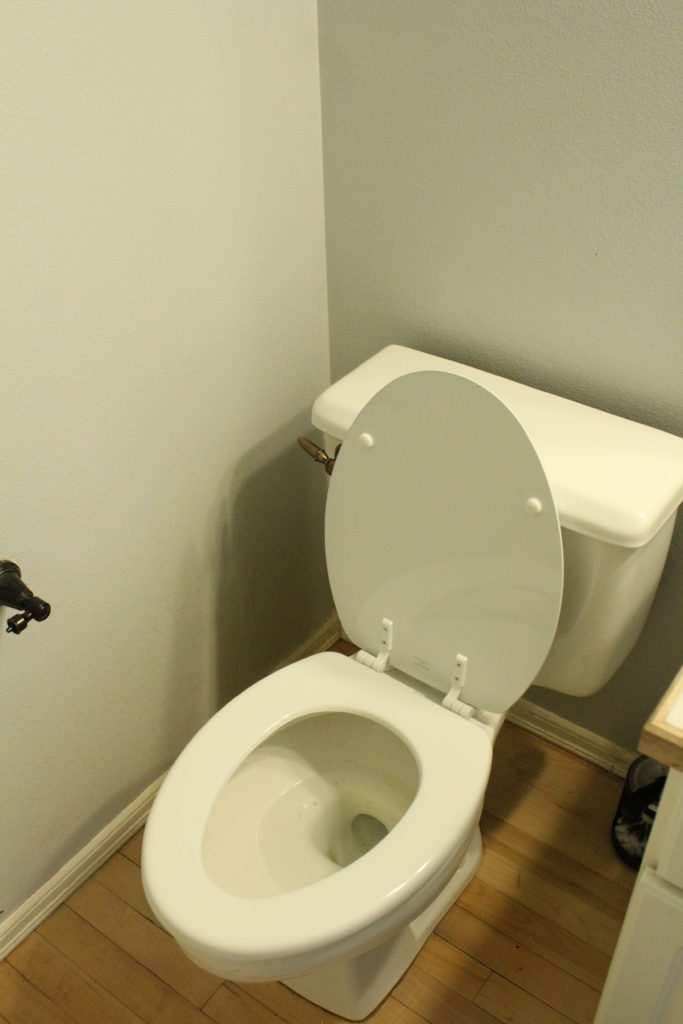 Let’s sum up what we’ve learned today, shall we?

Maybe I’m imaging things, but I swear it’s already smelling better in there. Knowing what I know now, I’ll also make sure to periodically clean the bolts on the top and underside of the toilet. Seeing how easy it is to remove, it may be even worth it to take it off once every 6-12 months and clean everything thoroughly!

I’m curious to know: what other simple, inexpensive DIY house projects or repairs can make a big difference? Any you’d like me to do a blog post on? Leave a comment below! 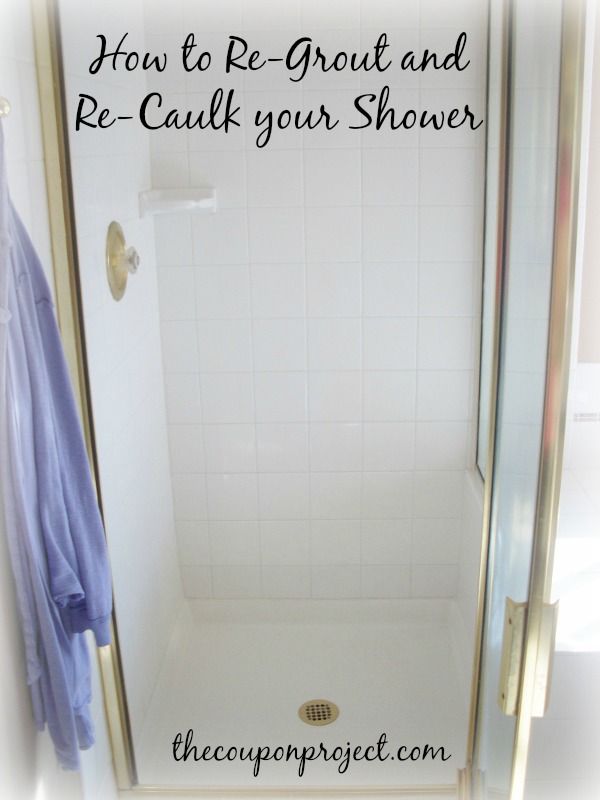 1 thought on “How to Replace a Toilet Seat”