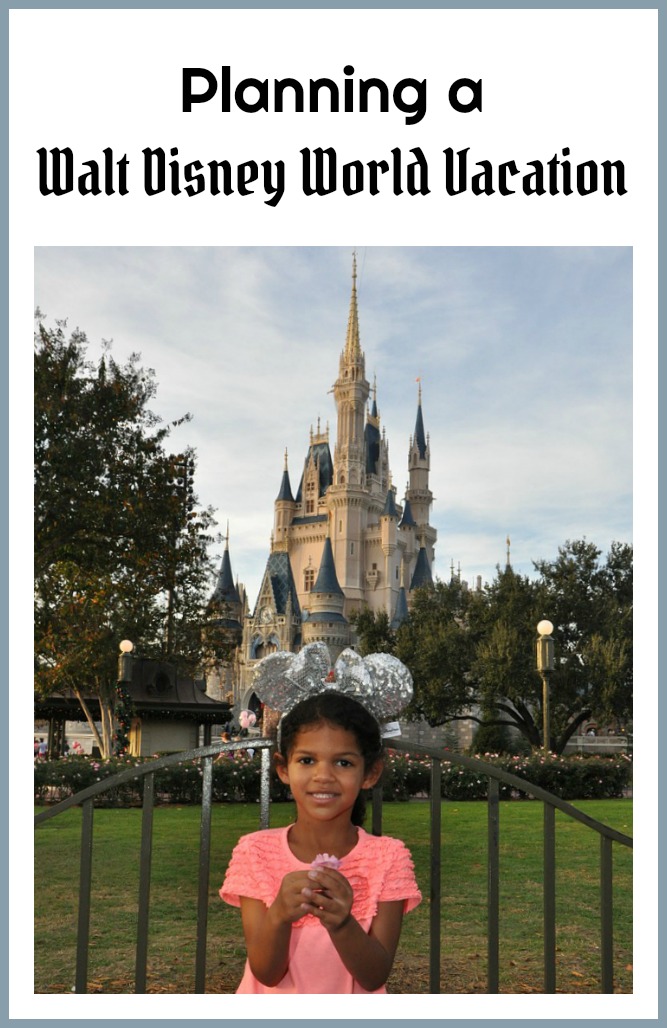 My friend Mike is what I’d call a true Disney expert! He’s been to the parks many times and as a travel agent, he’s coordinated many family vacations over the years. He’s written many posts on this blog over the past year (see my Disney page for all of them). Today I’m pleased to be sharing a new post from Mike!

If you’re a West Coast reader, you probably consider Disneyland to be, as the kids say, the bee’s knees (I didn’t say which generation of kids said it). And for many, a trip to the other side of the country to see Walt Disney World might seem either daunting, expensive or redundant. Why fix what ain’t broke? But with the newly opened Frozen Ever After ride in EPCOT, Pandora, the World of Avatar now open, Toy Story Land coming after that, it might be time to explore a whole new World of Disney (see what I did there?).

For those not familiar with Walt Disney World, I thought I’d give a bird’s eye view of some the basics to planning your first trip and a few way to save some money.

For many the idea of a flight to Orlando might as well be another country away. But do not fret, a non-stop flight from the Pacific Northwest takes about the same amount of time as a trip to Hawaii. It’s only about 5 to 6 hours, which you know if Disneyland was only a 5 to 6 hour drive, you would be there every other weekend.

Once you land, there is a big money saving opportunity right from the start. Walt Disney World offers free transportation from Orlando International Airport (MCO) to any of their resorts on Walt Disney World property. A nice big comfy touring bus, that even comes with cartoons for everyone to enjoy.

Typically, you won’t even have to grab your luggage as they will deliver it right to your room. Once at your hotel, they have resort wide buses that can take you to the parks and a variety of other locations. If comparing a Disneyland vacation to Walt Disney World in terms of price, remember you won’t need to rent a car, pay a shuttle service or call a cab to get from the airport.

Did you know that Walt Disney World is roughly the size of San Francisco? Well you do now, and nothing on the internet is ever false. EVER! With a resort that big, they have over 25 different hotels you can stay at, with various price points. They break their hotels in a couple different categories: value, moderate, deluxe and then “home away from home” villas. As a reference point, the three Disneyland owned and operated hotels would be most comparable to a Walt Disney World deluxe resort in terms of price range. The “Good Neighbor” hotels near Disneyland would be comparable to the value to moderate price point hotels at Walt Disney World.

Often when people come to Disneyland they want to save the most money possible, but still be steps away from the parks since they anticipate being at the parks from open to close. Walt Disney World offers 5 value resorts (and campgrounds) for those who are attraction-driven, park junkies. And while they won’t be steps away from the Magic Kingdom, you have the bus system so you’re not walking miles at the start or (more importantly) end of your day.

Just because you’re saving money, doesn’t mean you need to stay in hotel who’s theme is “almost clean.” You’ll find quality rooms at all the Walt Disney World hotels, regardless of category.

They have amazing resorts, including the immensely popular Pop Century (an ode to the decades gone by) and the Little Mermaid themed rooms found at the Art of Animation.

Pro Tip: If you stay at the Art of Animation, be sure to check out the amazing food court “Landscape of Flavor.” Amazing!

Another common Disneyland scenario is coming down with a family of more than 2 adults and 2 small kids. Finding accommodations that don’t make your family of 5 or more jealous for the elbow room found in a Toyota Prius can be tough. Or worse, have your teenagers share a bed (God forbid!). However, at Walt Disney World has a variety of options to accommodate larger families. For instance, All Star Music and Art of Animation you can find some affordable family suites. You can also find spacious and luxurious options at places like the Grand Floridian or Bay Lake Towers at the Contemporary.

Another common Disneyland vacation desire is to stay somewhere “fun” with a great pool where you can relax but not break the bank. At Walt Disney World, the moderate resorts might be that perfect combination. Priced comparable to some of the more popular “Good Neighbor” Hotels out west, the moderate resorts in Disney World offer more for those looking to relax while on vacation. At the moderate resorts, you’ll find spacious rooms with added guest amenities with pools perfect for families.

There are four amazing theme parks to play in at Walt Disney World.

First and most famous, the Magic Kingdom. From an outside perspective, you might think that the Magic Kingdom in Walt Disney World and the classic Disneyland park are pretty much the same. However, Magic Kingdom has a few not-to-be missed surprises. They have three great castles you’ll want to check out, starting with Cinderella’s.

Additionally, Beast (from “Beauty and the..”) and Prince Eric from the Little Mermaid have castles to be enjoyed too.

The Magic Kingdom also has unique versions of some of your favorite Disneyland rides as well as a few exclusive rides like the new Seven Dwarfs Mine Train coaster. With parades, fireworks, and pirates, you will definitely want to consider more than one day here while touring.

Then there’s EPCOT. Or as I like to call it, “The Greatest Theme Park Ever Built.” Not just because it has amazing rides like Soaring Around the World and Frozen Ever After. EPCOT is beloved by those in the know because of its incredible World Showcase area.

Aside from the busy summer months, there’s almost always some sort of seasonal festival being hosted. That only adds to the 11 countries featured that have amazing food, drinks, shopping and live entertainment.

At the end of the night, they have the best nighttime spectacular in all of Walt Disney World. Spoiler: it involves music, fireworks, fire and lasers… I’ve said too much. You’ll need to see it for yourself.

If you’ve been following Disney’s social media at all, then you’ve heard of the Animal Kingdom. This park is where Walt Disney World has opened the jaw-dropping, breath-taking Pandora: The World of Avatar. Disney created floating mountains. How?? I have no idea. But there are floating mountains that will leave you deeply entrenched in James Cameron’s hit film Avatar. Animal Kingdom also has the single best attraction in any Disney park, Kilimanjaro’s Safaris. 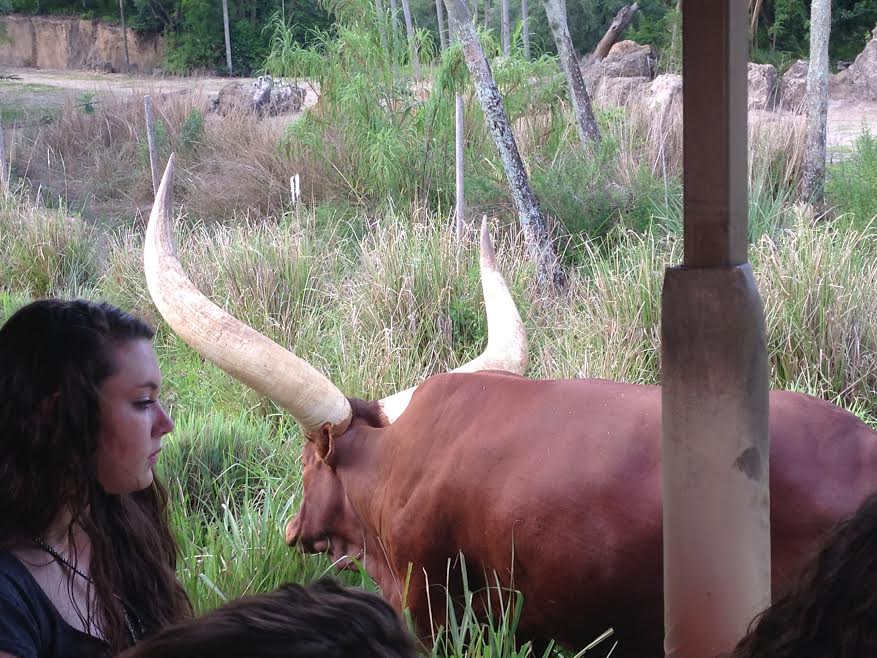 This is a re-creation of a safari trek that includes live animals. Take the safari at day and night and get totally different experiences. Animal Kingdom is great for all the unique animal experiences combined with Disney story-telling and awesome attractions.

The last of the four parks is Hollywood Studios. Start planning your trips now for opening of Star Wars Land and/or Toy Story Land. This park already has the Tower of Terror and Rockin’ Roller Coaster.

But once all the building is complete, Hollywood Studios will be the reason to go to Walt Disney World. If you’re visiting soon, it has become the center of all things Star Wars, including an awesome nighttime fireworks and projection show. It might also be the best park for younger kids as it has Disney Junior Live On Stage, Jedi Training: Trials of the Temple and Toy Story Midway Mania. And if you miss Fantasmic at Disneyland, they have a version that will tide you over until your next West Coast trip.

Now for some money-saving facts for your family vacation budget. The longest Disneyland ticket you can buy is 5 days. Anything longer than that and you have to buy a new ticket. Both Disney parks start saving you money on your tickets the longer you go. So while a one day ticket might be as low as $99 at Disneyland, the per day price on a 5 day ticket goes down to $61. In contrast, at Walt Disney World you can buy a 10 day park ticket. And that 10 day park ticket has a per day price of just $44. The numbers speak for themselves, if you’re considering a longer vacation, Walt Disney World might make the most financial sense. 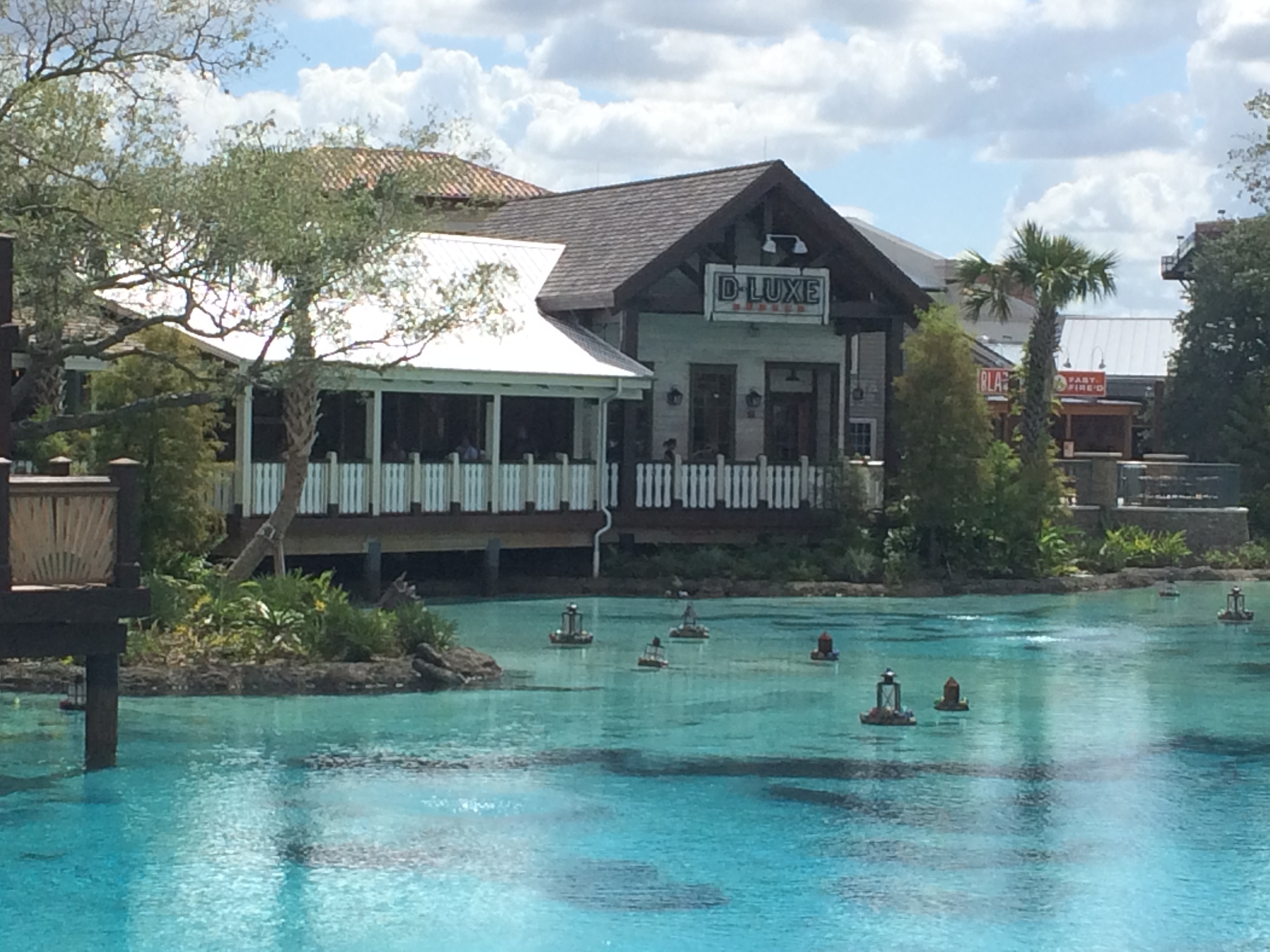 You’ll enjoy restaurants to be dreaming about long after your vacation is over, and first class shopping that will test your budget-keeping strength. My recommendation: check out the bowling at Splitsville and enjoy the best sushi I’ve ever had in any bowling alley bar none (I know that doesn’t sound like a very high mark, but seriously, great sushi). If that doesn’t grab you, there are hot air balloon rides, Cirque du Soleil, live music, and much more.

There’s so much you can do at Walt Disney World vacation outside of the parks, it is probably why so many families make frequent visits. Besides the four parks, they have two incredible water parks, Typhoon Lagoon and Blizzard Beach. Last time I went to Blizzard Beach there were a group of adults too chicken to go down their longest and steepest water slide Summit Plummet. Was I one of those adults? Maybe. Did I eventually go down after an 11 year old put us all to shame by taking the plunge? Sure did! It was amazing!

Walt Disney World also offers various other activities. Championship golf courses for those who bring their clubs with them everywhere. Interactive diner shows, for those who like a little song and dance with their supper. A sporting complex that hosts the Braves Spring Training. For those who like to combine long distance running with your vacations (which kinda sounds like adding a DMV office inside the Puyallup Fair, but sure, let’s go with it), they have several opportunities to run through the park on full or half marathons. Seasonal offerings like Halloween parties where you can trick or treat or life sized gingerbread houses made with real gingerbread. Dueling pianos, mini-golf, private tours, the list really does have something for everyone.

Please join the conversation by adding a comment about your thoughts, questions or suggestions. Let me know if there are specifics aspects of travel I can cover for you.

For more tips on saving money in Disneyland, please see our Disney page.

Mike Rinehart is an independent travel agent affiliated with MEI & Mouse Fan Travel. Follow him on Facebook at https://www.facebook.com/MikesTravelThoughts/  or see my travel photos on Instagram by following @MikeOnMainStreet. Or request your free no obligation quote on your next Disneyland, Disney World, Aulani, Disney Cruise (and any other cruise line) vacation by emailing him at [email protected]. Mention “The Coupon Project” and receive a free gift with your completed booking.

In case you missed the first post in our series, please check it out!