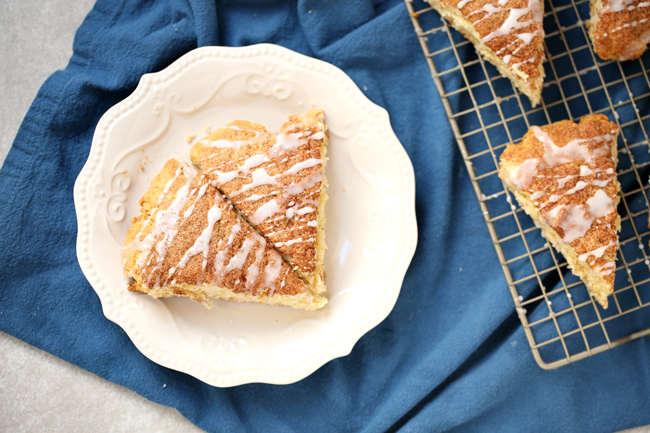 Do you ever have mornings where you wake up and a bowl of cold cereal just won’t do?

Today was such a morning for me. I felt like making something extra special. My kids and I love the scones at Starbucks (guilty pleasure, I know), so I decided to make our own using items from our pantry. If you’ve never made scones before, they are incredibly easy to make and require only a few ingredients. I decided on cinnamon scones, and was able to find and adapt a recipe from a cooking forum. 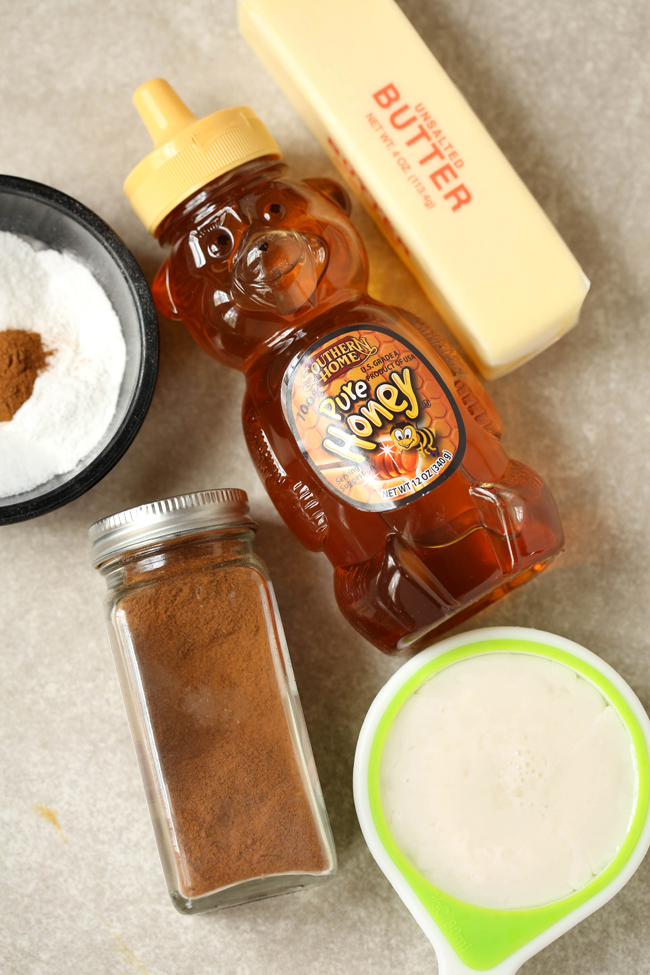 * I didn’t have this on hand, but easily made do with 1/3 cup milk and a squeeze of lemon juice for acid.

Preheat the oven to 400°. Then have a trusty helper mix the flour, baking powder, baking soda, and salt. 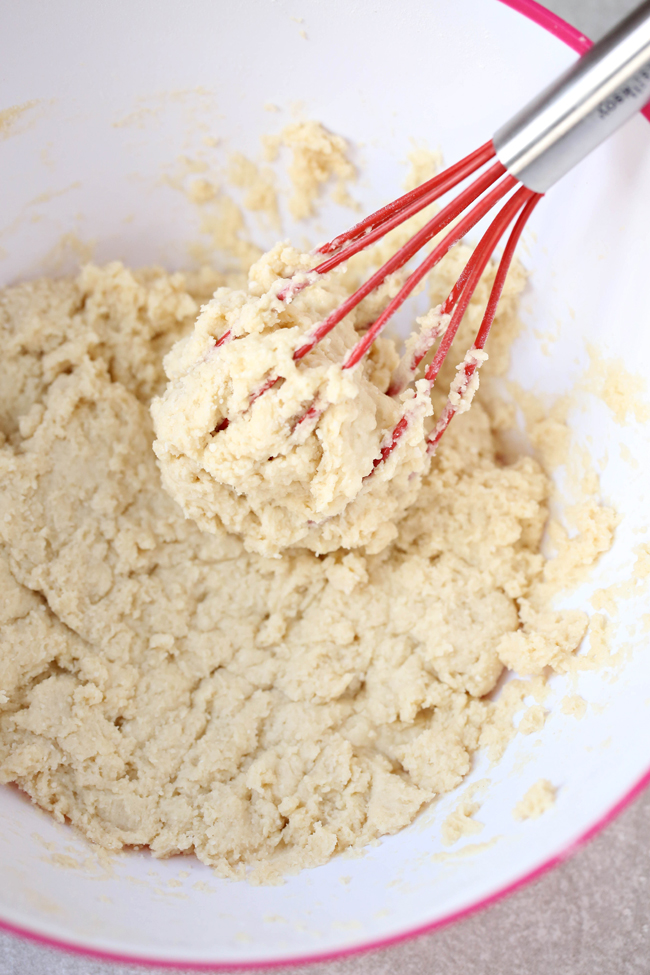 Cut in the butter and mix until crumbly. In another bowl, mix the egg yolk (save the white for later) with honey and buttermilk until blended. Then, add to the dry mixture. Stir until just combined. 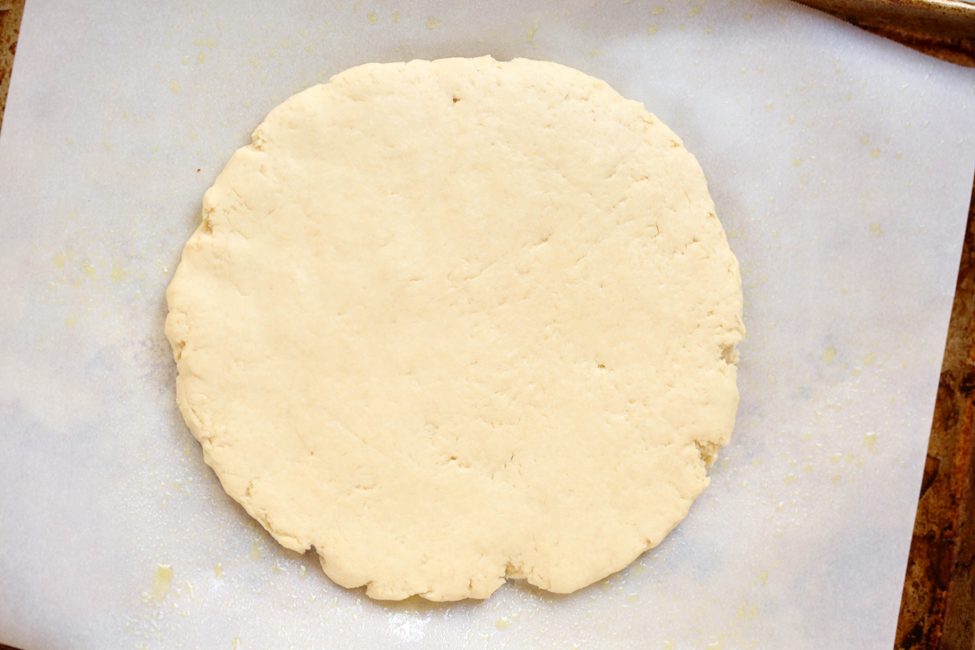 Using floured hands, form the dough into a ball on a floured surface. 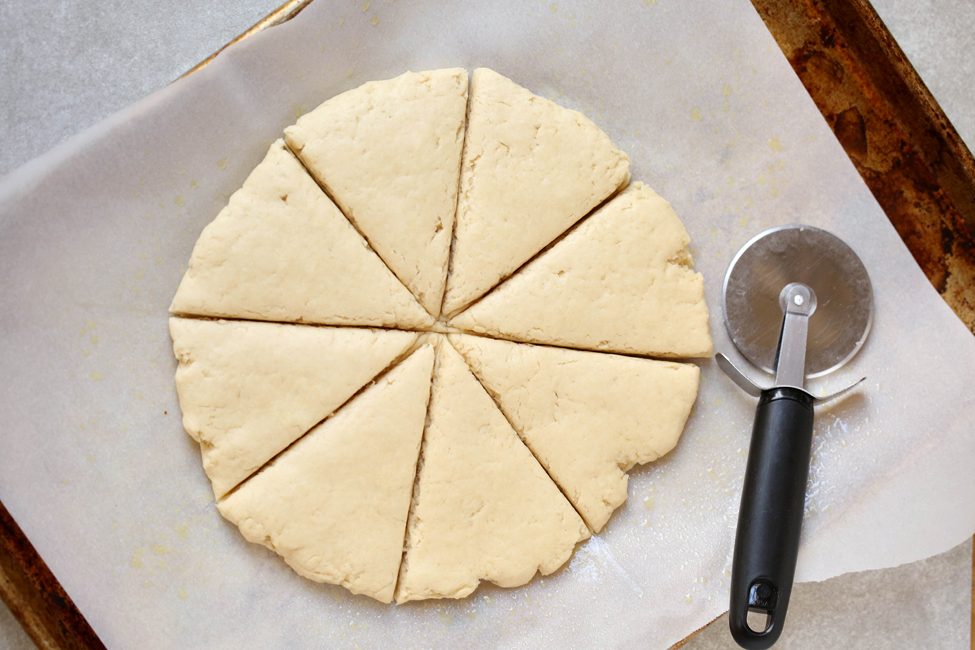 Roll or pat it out until it’s roughly a half an inch thick and 8 inches in diameter. Cut pizza style into equally sized pieces. 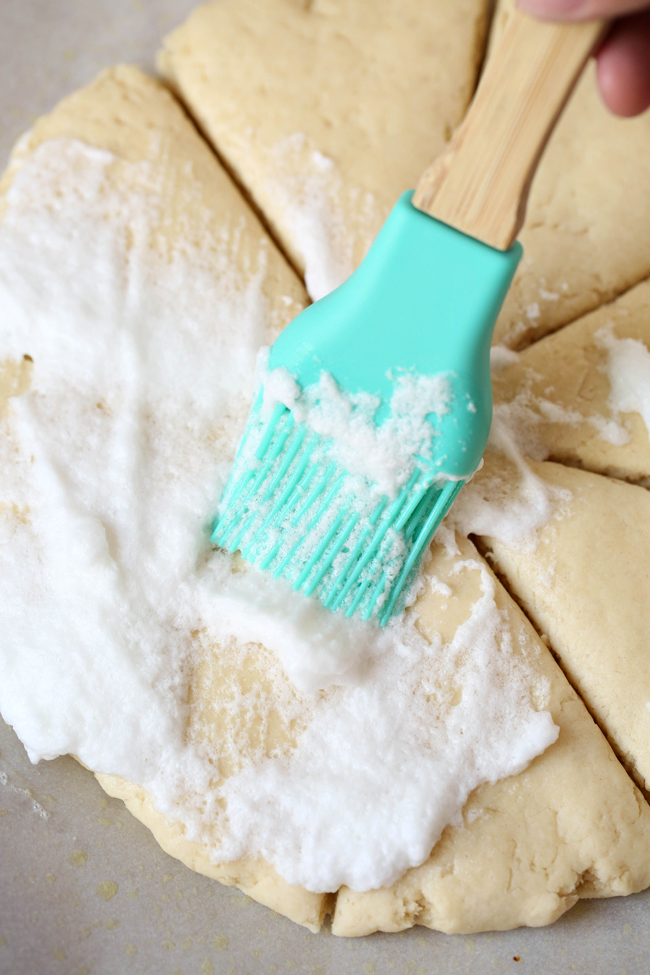 Put onto a greased baking pan. Then, wisk the egg white until frothy and coat the tops of the scones. Mix the sugar and cinnamon together and sprinkle on top. 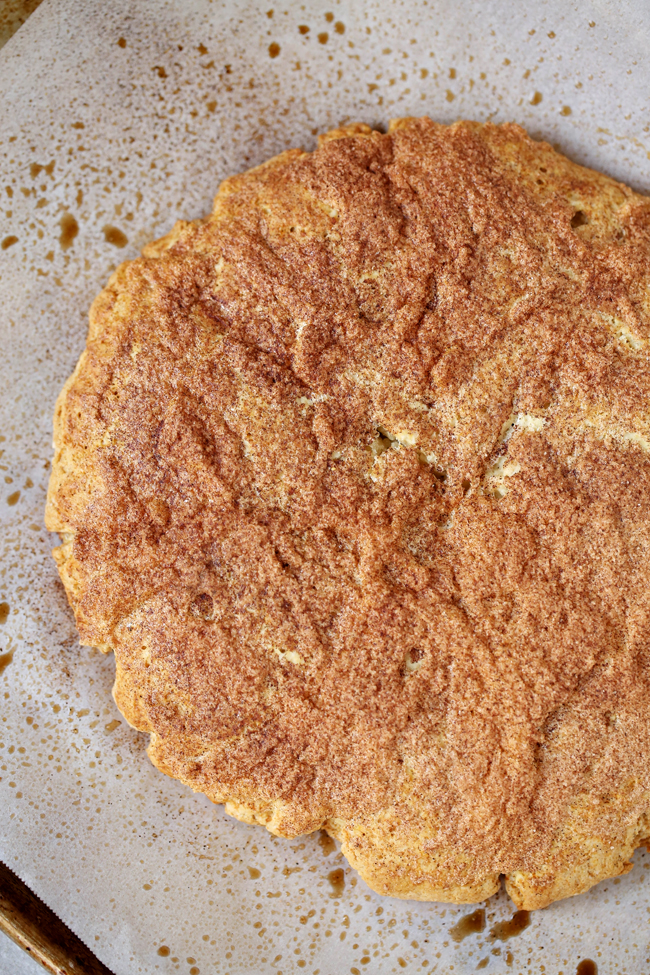 Bake for about 10-12 minutes. I took mine out just prior to 10 minutes and they were perfectly flaky. 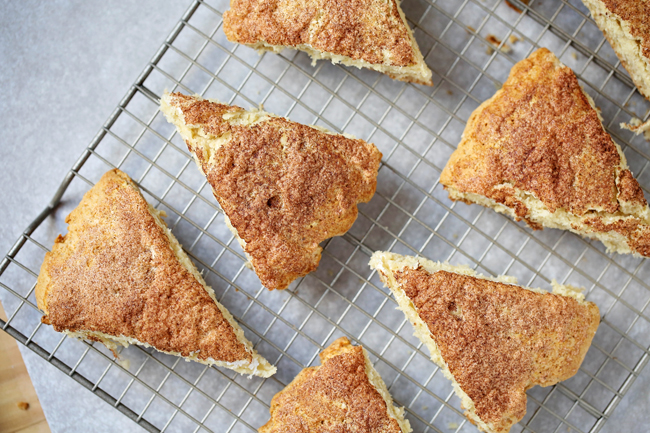 Now comes the yummy part: glaze! To make the glaze, I simply mixed a bunch of powdered sugar with a touch of milk until nice and thick. Then, drizzle. I topped with a dash of more cinnamon. Perfection! 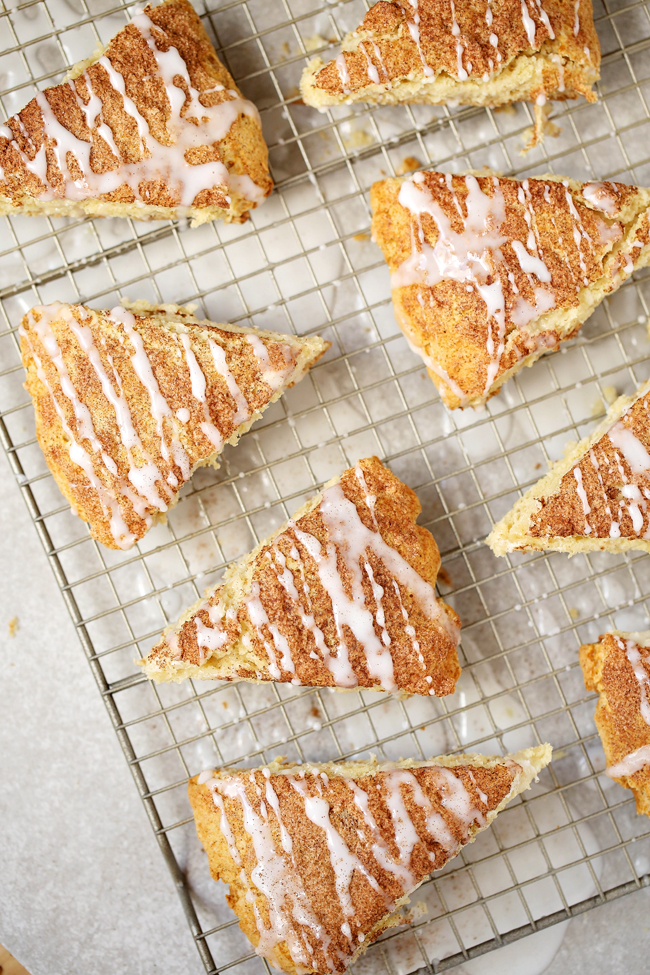 Now I may be a little biased, but I truly felt these homemade versions were better than their Starbucks counterparts. They were perfectly flaky and buttery, and the double toppings made them extra cinnamon-y. 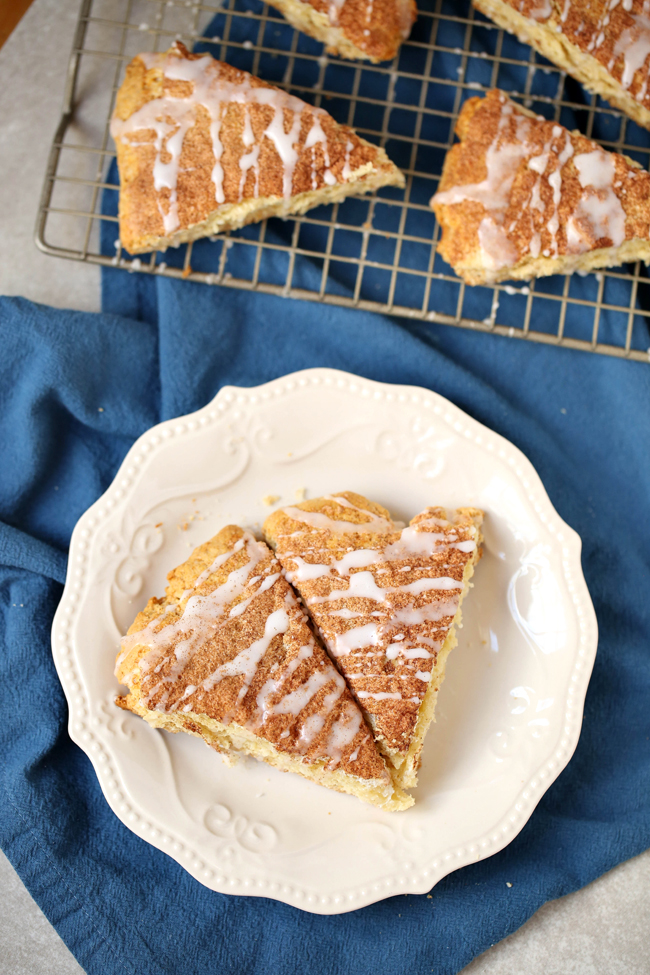 How to Make Make-Ahead Freezer Smoothies

How to Make Overnight Oatmeal