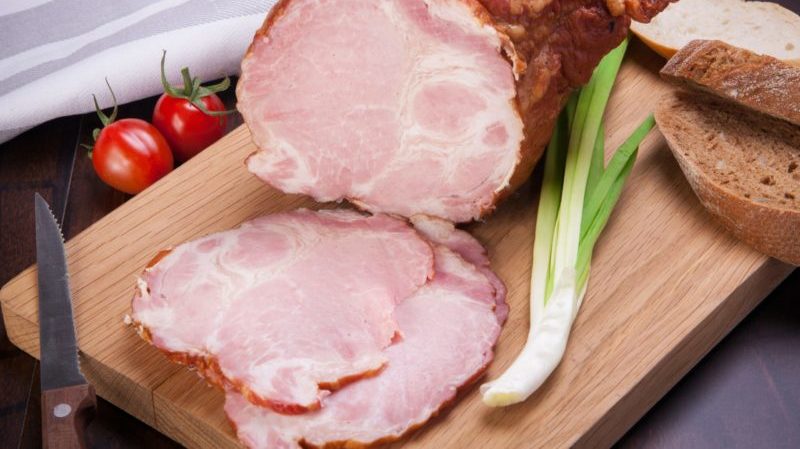 Many people enjoy a festive ham for Easter! If you’re in the same boat, you might be interested in the best ham prices at a grocery store near you.

Remember when comparing ham prices, that there are different cuts of ham.

We typically see the best ham prices during Easter and Christmas. Typically the best prices hover around $1 – $1.25 per pound.

It’s absolutely worth mentioning that many grocery stores will have a surplus of hams that they will mark down immediately following the holidays.

I’ve found spiral sliced hams for as low as $0.99 per pound. So if you dig ham, but don’t have to have it on Easter, your patience may be rewarded!

Here are the best prices we’re seeing at a quick glance, but you can also scroll down the list to see more details about your favorite store:

Acme has their Spiral Sliced Ham for $1.69 per pound when you use your rewards card.

I also noticed a great price on Grade A Frozen Turkeys – just $0.69 per pound if you’d rather go the turkey route for Easter this year.

My favorite deal! Aldi has their Appleton Farms Spiral-Sliced Half Ham for $1.19 per pound, limit 2. I like this deal because it’s a great price with no additional purchase requirements.

Get your Easter ham at Cub this week for $1.49 per pound for Smithfield Portion Hams (smoked, shank, or butt cut). There is a limit of 1 at this price.

Use your MVP Card at checkout and you’ll pay $1.29 per pound for Food Lion Shank Portion Ham.

Prefer spiral sliced? You’ll pay $1.49 per pound with your card.

Fred Meyer has Cook’s Portion Ham for just $0.79 per pound with card, no additional purchase required. This is a great price!

Another option is a Hatfield Boneless Hardwood Smoked Pre-Sliced Artisan Half Pit Ham for $1.99 per pound, limit 2.

Pick up your Easter ham for as low as $0.97 per pound at Giant. This is for a Spiral Sliced Half Ham, Bone-In. Note that there is a limit of 2, and you must make an additional $25 purchase.

If you don’t care about spiral-sliced, you can get a Smoked Bone-In Ham Butt or Shank Portion for $0.77 per pound, also with an additional $25 purchase and a limit of 2.

If you shop at Grocery Outlet, you’ll be pleased to see that you can get a Sugar Tree or Jamestown Spiral Sliced Bone-In Half Ham for just $1.29 per pound in the deli. This is a great price for spiral sliced!

H-E-B has a meal deal offer where you can get six free items with purchase of a ham. Just be sure to use the in-store coupons.

Kroger has their Spiral Sliced Ham, Bone-In priced at $1.99 per pound with card. Note that there is a limit of 1 and you must make an additional $25 purchase.

Otherwise, you can pay $0.85 per pound for Single Glazed Spiral Ham with no purchase requirement (limit 25 lbs. per customer).

Meijer has a great price on ham this week! Pick up a Cook’s Spiral Sliced Half Ham for just $0.89 per pound, limit 1.

Publix has a number of Easter deals going on right now, including their Premium Semi-Boneless Half Ham for $1.29 per pound. There is a limit of two deals.

Note that if you’d like a Whole Ham, it’s the same price.

Pick up a Hormel Cure 81 Spiral Sliced Ham, Bone-In for $1.37 per pound at QFC. Note that there is a limit of 1 with additional $25 purchase.

Safeway has their Signature Select Classic Ham, Shank Half or Whole, Bone-In for $0.87 per pound for members while supplies last.

Their Signature Select Spiral Sliced Ham, Bone-In is $2.49 per pound for members while supplies last.

Save A Lot Ham Price

Pick up a Portion Ham for $1.29 per pound at Save A Lot while supplies last.

Spend $400 at ShopRite from March 6 to April 16 to get a FREE Shank Half Cook’s Smoked Ham or save $1.89 per pound off any other smoked ham.

You’ll need to swipe your Rewards Card at the register each time you make a purchase to be sure you rack up enough points.

If you don’t want that particular ham, other options include $0.10 per pound Butt Half Cook’s Smoked Ham, $0.99 per pound Cook’s Spiral Sliced Ham, and a few other choices.

Target has a couple different options for your Easter ham this year. Their Market Pantry Hickory Smoked Spiral-Cut Bone-In Ham is priced at $1.29 per pound this week with a 6-10 lb. average weight.

Or you can upgrade to the Good & Gather Hickory Smoked Spiral-Sliced, Half Bone-In Uncured Ham for $2.29 per pound. (Note that this one is uncured.)

Pick up your Easter ham at Walmart and you’ll pay $2.28 per pound. This is for their Sam’s Choice Bone-In Spiral-Cut Ham.

Take advantage of Weis Easter Rewards to possibly get a free ham! Earn 400 Reward Points to redeem for a totally FREE Smithfield Spiral Ham, or earn 200 points to get a ham for $1.49 per pound.

Please let us know in the comments if there’s another store you’d like us to add to this list.

What is your favorite store to buy ham from? For those that may not purchase ham regularly – do you have any recommendations on the type/portion of ham to buy?